Hovering like a halo over the Joyce Central store in Hong Kong, a Dries Van Noten campaign banner casts its golden light down the street. It’s something of an oxymoron for a designer, who has famously never advertised even if his company is rich enough to do so.

Shot by the store to mark the re-launch of Joyce Central in the autumn of 2016 – a sprawling interior expansion and makeover by architect Paola Navone – the campaign illuminates the retail haven in a giant testimony to the independent fashion brands championed by Joyce since the 70s, alongside powerhouses such as Prada and Yves Saint Laurent.

The store itself is no longer independent. It was bought by the Lane Crawford empire in the early 2000s in a time when conglomerates were snapping up standalone fashion stores and brands like there was no tomorrow.

Unlike some of the companies that were bought up back then, Joyce has retained its ethos of individuality: a devotion to creative and financial independence in fashion, more important now than ever in an industry that hires and fires creative directors before they’ve even made their mark.

Dries van Noten, currently celebrating the 30th anniversary of the house he founded in 1986, is in Hong Kong with Rick Owens, Haider Ackermann and Courrèges designers Sebastien Meyer and Arnaud Vaillaint to celebrate the new Joyce Central. And you can’t help but notice a pattern in their troupe.

Van Noten and Owens run the two most successful independent fashion brands in the world, while Ackermann and Courrèges are both owned by minor non-conglomerates. This is the face of fashion’s anti-establishment today—a perhaps unintended opposition to the big players but a contrast, nonetheless, to an industry largely ruled by a small group of major corporations.

“First it was all about mono-brand stores, but now people prefer to go back to smaller stores where the staff knows you and what piece you bought last season. At the moment, people are fascinated by things that have to do with skill and tradition, and are not copies of what they know.”

It’s a rediscovered focus on craftsmanship – observed, for instance, in the rise of Alessandro Michele’s intricate Gucci – which has always been at the core of this store, founded by the illustrious Joyce Ma in 1970. She first stopped by Van Noten’s showroom in the late 80s.

“She came in, said hello, went through the rails, and then, ‘Maybe too early. Maybe next season.’ And off she went.” The following season Ma bought his collection; a few years later she opened a standalone store for him in Hong Kong. “To be represented by Joyce immediately gave you a lot of credibility to the rest of the world, because she was one of the benchmarks,” Dries recalls.

Read the full article on i-D. 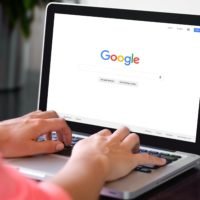 Is Google and Facebook dominating digital advertising?
Next Article 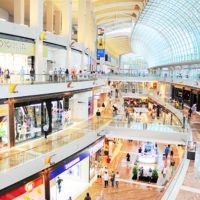