I overheard a young Hongkonger say recently, “I rarely buy anything at shops anymore. I only shop online.”

It is not hard to notice the profound effect that e-commerce has had around the world and especially in an emerging and fast-growing market like China.

But this phenomenon has yet to fully hit Hong Kong’s major luxury malls and department stores that are crammed with overpriced purses and overwrought window displays.

Despite a restructuring of Hong Kong retail outlets by major luxury brands, the city still hosts more flagship stores than any other place. The lucrative wave of mainland shoppers has long receded and on any given day the luxury stores in Landmark and Pacific Place and other high-profile malls appear awfully sleepy.

The fate of Hong Kong’s luxury malls against the online shopping onslaught has not yet unfolded.

I don’t expect them to become ghost towns, but even they cannot avoid downward trends.

But they are like the fixed fortifications on Frances’s doomed Maginot Line that were bypassed by the German army on the second world war – intimidating and monolithic, but easily made irrelevant by technological disintermediation.

E-commerce has radically changed shopping habits in the US. Hudson’s Bay department store posted a US$152 million quarterly loss. Ralph Lauren is closing its fabulous and iconic Fifth Avenue flagship store. What is occurring goes beyond an economic cycle, but rather it represents technology enabling generational change. Millennials are conducting their entire lifestyle on smartphones.

Will Hong Kong’s malls become obsolete or changed so much they will not mean the same thing.

Sites like deadmalls.com chronicle the slow, but sure death and irreversible evolution of shopping malls in the US.

Although not all of them are dying, certain segments in urban and suburban areas are empty, hastened by the rise of online. Changing consumer habits and online shopping is decimating the mall as a central retailing concept or necessary gathering place for the community.

JD.com’s recent acquisition of a US$397 million stake in Farfetch, the London-based luxury fashion and boutique e-commerce service provider, marks a major milestone in the development of luxury retailing. The company, which reported gross sales of US$800 million last year, runs nine local language e-commerce sites, which include the mainland, South Korea and Japan.

The two companies described their strategic partnership as a means to dominate market share in the estimated US$80 billion market in domestic and travel-related purchases of luxury goods by mainland consumers.

“In China, there’s a huge movement from offline to online [shopping] and there are millions of new millennial luxury shoppers who live their lives digitally.”

I met its Portuguese founder Jose Neves in 2012 after he raised US$23 million from venture capitalists. Four years into its start-up he expected to close the year with over US$100 million annual sales growth rate of 204 per cent and 56,000 customers in over 100 countries. Today, its online marketplace sells to about 1 million customers in more than 190 countries and territories.

Farfetch demonstrates the irreversible momentum of change that is possible in shopping habits when shoppers are technologically enabled.

Furthermore, disintermediation – the reduction in the use of intermediaries between producers and consumers – is an almost imperceptible event when it takes hold.
What looks like an insignificant catalyst is like observing a distant car in your car’s rear-view mirror. Suddenly, it sling shots past you at great speed and is never seen again as it no longer competes directly with you. Rather it has redefined and recreated a new industry.

Hong Kong retailers and shoppers have been slow to adopt e-commerce. During internet 1.0, department store owner tycoons woefully misinterpreted the idea by spawning “Dickson CyberExpress”, a misguided attempt to cross a website with a physical mall.

It only showed how our retail tycoons cannot visualise retailing beyond renting floor space, seeking profits per square foot and abusing “cyber” and “e”.

By waiting for the trend to materialise and prove itself rather than adapting, leading and innovating Hong Kong mall owners only ensure their extinction.

The best malls will probably survive as every major city has a high street, but tenant mix and rent levels may not remain the same. But then again, if technology has taught us anything, it is that you still have to worry about some obscure person toiling away in a garage or flat somewhere, inventing the new killer platform. 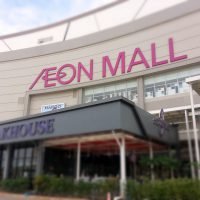 Aeon to open second Cambodia mall in 2018
Next Article 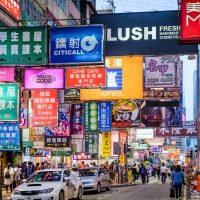