Over the 12-month period ended 31 March 2016, Michael Kors’ total operating revenue in Greater China was US$197 million. Its sales network covered 91 retail stores and six tourism retail stores in mainland China, Hong Kong, Macau, and Taiwan. In the 2017 financial year, Greater China region is expected to contribute about US$200 million to the company’s net retail sales.

Greater China has become one of the most important potential markets for Michael Kors. By the end of the third quarter, Michael Kors’ performance in the Chinese market increased by at least 20% year-on-year.

John D. Idol, chief executive officer of Michael Kors, said that over the past few years, the company worked together with its Greater China licensee to lay a foundation, establish the brand, and enhance the brand’s awareness in the Chinese market, which helped the company achieve strong development in this marketplace.

Now the company will integrate this regional business and explore the huge growth potential of the market. 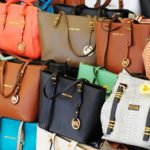 The fight against counterfeiters: New technologies and tools
Next Article 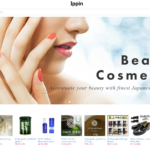