Three of the biggest fashion and social events in the Hong Kong calendar, including luxury brand Chanel’s cruise show, have been cancelled because of anti-government protests.

The trend is set to continue, with brands unlikely to host regional or global launch events in the city for the foreseeable future because mainland Chinese celebrities and influencers would not attend.

Chanel confirmed, a day after the Post broke the news, that its cruise 2020 show in Hong Kong, set to take place at the Kai Tak cruise terminal on November 6, had been scrapped.

“Considering the current situation, Chanel has decided to postpone [events] in Hong Kong to a later and more appropriate moment,” the French luxury house announced.

The other big casualties of the anti-government protests which began three months ago are the Tatler Ball and the opening party for the K11 Musea “art mall” in Kowloon, which was also due in November.

While the extradition bill which was the initial spark for the protests will be withdrawn, the head of Hong Kong’s government Carrie Lam Cheng Yuet-ngor announced, protesters are unlikely to back down in the coming weeks, and brands are wary of proceeding with their plans amid the tense political climate.

To complicate matters, even if things were to calm down, luxury houses have to contend with the risk of alienating Chinese consumers, who in recent weeks have called for boycotts of brands that listed Hong Kong and Taiwan as separate countries from China or were perceived to have offended China in other ways.

While the economic impact of these cancellations is hard to gauge, lavish events on the scale of the Chanel cruise show often have budgets in excess of US$3 million. Luxury hotels, airlines, car rental companies, and catering services are just some of the businesses that will be affected by the show’s cancellation.

Since the company announced in July that it would restage its cruise 2020 show, first held in Paris in May, in Hong Kong, the city has experienced a series of escalating and increasingly violent protests.

Chanel’s cruise show would likely have attracted celebrities and VIPs from all over the world. A similar event held in October 2018 in Bangkok attracted global stars such as singer Pharrell Williams, actress Tilda Swinton, and model-actress Lily-Rose Depp, who was said to have been among the guests lined up for the Hong Kong show.

In its statement announcing the November show was off, Chanel said: “Nevertheless the 2019/20 cruise collection will be available in all the Chanel boutiques in Hong Kong from November 6, as planned.”

The Chanel show is not the only casualty of the continuing protests. Society magazine Hong Kong Tatler has cancelled its most important event of the year, the Tatler Ball, which was to have been held on November 1.

The Post has also learned that K11 Musea, the “art mall” aimed at millennial shoppers that has just opened on the Kowloon waterfront, has decided to postpone its opening party, which was to have taken place on November 22.

Meanwhile, brands as varied as Sephora, Hugo Boss, Dior, and Rimowa have all cancelled or scaled down events in Hong Kong in recent weeks. 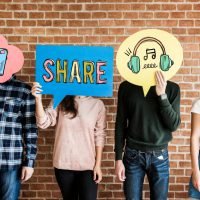 How do companies attract millennials?
Next Article 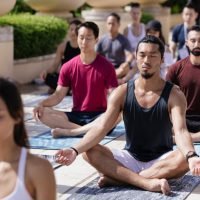