The luxury Peninsula hotel will not cut wages or lay off staff in the city despite an “uncertain” business outlook, according to Clement Kwok King-man, chief executive officer at owner Hongkong and Shanghai Hotels Limited.

Kwok’s promise came after the luxury hotel operator released its first quarter results yesterday, which saw a 2 per cent drop in average room rates to HK$5,017 compared to the same period last year. Its occupancy rate also fell 4 percentage points to 71 per cent.

“The outlook for Hong Kong market in terms of tourism … is somewhat uncertain,” Kwok said.

Instead of cutting labour expenditure, Kwok said the company would find other ways to control costs and improve the efficiency of the staff.

Despite the year-on-year decline, Peninsula still outperformed the broader hotel sector in Hong Kong at the start of the year. 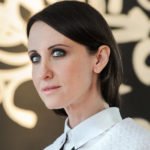 Alessandra Facchinetti, Creative Director of Tod’s, Steps Down
Next Article 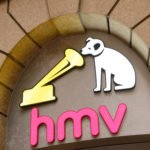