Hong Kong is very well known as a financial centre, eating and shopping paradise, but when it comes to art, the first destinations which cross people’s mind are nowhere near the city.

Recently, this has changed, and Hong Kong has developed several projects to become a creative hub where young artists could cultivate their craft and thrive.

“Hong Kong tends to like foreign cultures more, and it forgets about its own,” says Issac Lam, one of the most sought out and progressive photographers in Hong Kong, known for his raw and saturated imagery. “It is natural because of our colonial history and education, which encourages us to look outward. But it is also important to look inward as well to find what makes us special.” A common criticism of Hong Kong’s creative scene is a lack of one – or, more specifically, a lack of homegrown individuals and communities that truly deserve recognition and support. Lam takes issue with that sentiment.

“I think Hongkongers believe that because they are desensitised to the city and take it for granted, which is the issue.” Lam is part of a new group of emerging creatives and artists embracing HK culture and reinterpreting it in a new and more inclusive way.

“You will see a different spectrum of genders, ages and ethnicities in my work and I hope I can achieve an aesthetic that truly belongs to Hong Kong,” says Lam.

“Recently, I have been really into Chinese opera and the deeper meaning that goes into it and how it often flips gender roles. I want to find a way to capture its meaning and represent it in a new way that isn’t just about the headpieces or makeup.”

It is undeniable that much of Hong Kong’s culture is inextricably linked to Chinese culture, values and traditions. However, the subject of Hong Kong’s identity is a complex one and often the cause of a collective neurosis that blankets the city like a thick, muddling fog.

After 156 years under British rule, the majority population of Cantonese speakers on the island city diverged drastically from their Mandarin speaking compatriots in mainland China. So, with complete reunification with China on the horizon, Hongkongers, to say the least, have valid reservations. On one hand, being culturally Chinese conjures up warm, cosy feelings of family gatherings, delicious food, poetic respite and binge-worthy period dramas, but on the other, for many Hongkongers, thoughts of being one with China is akin to an estranged grandfather forcing himself through the front door, insisting on living with you, then evoking the right to tell you what you can and can’t do because he is the elder.

One clothing brand that attempts to reconcile the identity crisis is Hong Kong-based label Yat Pit, created by On Ying-lai – a Hongkonger, who studied fashion design in the UK – and Jason Mui – a third-culture kid from England, who has been working in Hong Kong for the past eight years to reconnect with his heritage.

Together they have created everyday wardrobe essentials with explicit references to Hong Kong and Chinese culture out of their studio in Sham Shui Po. “What we are doing is diving deep into Chinese heritage, then deconstructing it to create garments for a generation, who can choose to wear what represents them with pride,” says Lai.

“We do not want to be put into a box of ‘Hong Kong label’ or ‘Chinese label’. What we are doing is just filling in a gap. I grew up in Hong Kong during the mid-80s, when it was under British rule. My education was in English, yet all my family and life was very much living with Chinese traditions and teachings. It was a perfect mix of cultures.”

Mui continues: “All the big European designers have done Chinese motifs before, but this was always a fantasy of China. Now, the definition of Chinese design has shifted toward the identity and origins of the designer and where we come from, what we were taught and what we value. Yat Pit is about that journey of self-discovery.”

As an introvert, Lamb Lamb spends most of her time at home writing and connecting with friends online. The only time she leaves her home is to go to the studio to mix a new track or watch a live show at This Town Needs with her good friends rapper Dough-Boy and 3D artist/render ghoul Ruby Gloom.

Last year, Gloom created a 360 video featuring an avatar for Lamb Lamb’s music video. “We have so much in common,” says Lamb Lamb. “ A lot of her artwork is about sadness and loneliness, which is why I think I get along with Ruby so well.”

Gloom is probably one of the few – if not the only – digital 3D artists in Hong Kong starting to get attention. After fulfilling an English degree to appease her parents, Gloom found her way to visual arts after a brief stint in fashion. Now, she’s created a company, Bakerie Entertainment, creating avatars and 3D art for clients while running an online presence for her eponymous cyborg avatar, who has taken a life of her own as a social media influencer.

“I was born in the 90s, so I am really into the Y2K, cyberpunk style. But I’m also really influenced by Japan,” says Gloom. “I feel like Hong Kong has been very influential to cyberpunk culture. A lot of games and movies use HK as that reference, and since it’s where I am from, I thought it would be cool to create a representation of that.”

Gloom’s most recent success was creating an avatar for the Fashion Farm Foundation – an NGO that supports Hong Kong’s local design and fashion scene. For its campaign, Gloom’s work was spread across Causeway Bay on SOGO’s LED billboard, which is the size of five tennis courts. It is prime ad real estate and pretty incredible exposure for Gloom.

With her growing popularity, however, Gloom recognises that her art conjures a bit of an existential crisis. “I wonder how much it would matter if I died?” she ponders.

“Because other people can run my avatar and Ruby Gloom can go on existing without me. And it’s something I don’t think people are brave enough to think about these days or comes to terms with. My ultimate dream would be to create an actual Ruby Gloom robot that can live on forever.”

If it is not thinking of a future where humanity is taken over by AI, Hong Kong’s indie scene is fraught with apprehension. It is tough living in a big, hyper-dense city. The constant noise, bright lights and the unrelenting pace is exhausting and probably not going to change any time soon. But it is also in this type of space that inspires more artists to trek forward and make their voices heard, even if it comes from a vulnerable place. 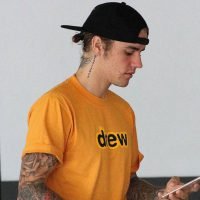 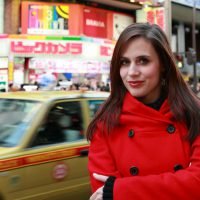