JLL : 83% of retailers plan to open new stores over the next 12 months

A recent survey by JLL found that 83% of international and local retailers have plans to open new stores in Hong Kong over the next 12 months, a significant jump from 62% as recorded a year ago.

More retailers planned to expand as retail sales in the first half have increased noticeably and are expected to grow further.

JLL surveyed 40 retailers and retail landlords in June and found that more than 90% of the respondents stated their retail sales in the first half of 2018 fared better than those in the previous year.

They also envisioned the like-for-like sales will grow by more than 10% in the second half. The resilient retail sales have encouraged 83% of the retailers to have plans for more store openings in Hong Kong in the coming 12 months.

Hong Kong’s retail sector has been taking a broad upturn after bottoming out late last year. The latest government figures showed that the value of total retail sales gained strong momentum for the first five months of 2018, surging by 13.7% year-on-year, with all categories recording positive growth.

An visible increase in visitor arrivals particularly those from mainland China, and a robust wealth effect led by strength in the city’s stock and property markets, coupled with an improvement in the overall local consumer sentiment, all contributed to the solid performance of the retail sector.

In May 2018, the value of total retail sales increased by 12.9% year-on-year to a provisional estimate of HK$40.5 billion. A breakdown of retail sales by category revealed that the value of sales of jewellery, watches and clocks, and valuable gifts continued to lead the sector’s recovery, posting an impressive growth of 23.8% year-on-year. This was followed by medicines and cosmetics at 18.7%. Department stores and supermarkets also saw higher commodity sales.

James Assersohn, Director of Asia Pacific Retail at JLL, said: “There is a great deal of positivity in the market at the moment. Retailers from almost all sectors are seeing strong and sustained growth in their sales which will lead to them investing more into the market. The luxury sector is currently the biggest winner, led predominantly by the Mainland Chinese tourists, but we also see locals increase spending which provides a deeper and more sustainable growth trajectory for retail businesses here”.

“While the resuming demand for luxury goods would propel further recovery, it is worth noting that changing consumption patterns and shopper profiles fueled by millennials and generation Z have also led to greater demand for mass and mid-market brands, serving as a significant boost to local spending. The presence of the affordable brands of the kind are growing in major shopping districts at a swift pace. They will remain one of the main sources of leasing demand this year and onwards” he continued.

Terence Chan, Head of Retail at JLL in Hong Kong, added: “The number of inbound visitors has increased remarkably in recent months, which helped lift retail sales to a considerable extent. Retailers are set to look for retail spaces in the major four shopping districts for expansion. However, given that the bulk of leasing demand continues to be from retailers with lower rental budgets, we believe a v-shaped recovery in retail rents is unlikely happen in the short term. We expect the rents of high street shops and prime shopping centres to grow in the range of 0-5% for the full year.” 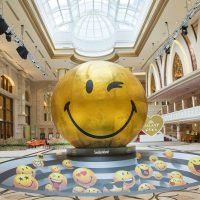 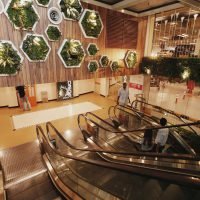 Have you heard about Sunway Malls' new retail experience?