May Hong Kong as a “Shopper’s Paradise” rest in peace. The last nail is in the coffin and it is ready to be lowered into the ground. The words on the headstone are being carved: “Here once Hong Kong’s economy boomed”.

E-shopping is reshaping retail across China, with e-sales now accounting for over 11 per cent of all retail spending and growing at a breathtaking pace. While Singles’ Day has been running since 2009, this is the first year it has formally come outside the mainland, to Hong Kong and Taiwan. We have seen nothing yet.

E-retailing is of course not the only nail – though it may ultimately prove to be the most important. The crash in the number of mainland shoppers flocking to Hong Kong is a second important nail.

So too is Beijing’s protracted anti-corruption campaign, which has crushed the flamboyant conspicuous spending that so enriched Hong Kong’s luxury retail stores up to 2013.

A fourth nail – quiet and creeping but no less important for that – comes from Hong Kong’s landlords. So ruthlessly have they strangled the retail economy that in spite of no taxes or duties on virtually every product, Hong Kong’s retail offerings end up being among the most expensive in the world.

Hong Kong’s retail landlords have squeezed all life out of a shopping paradise that was once the envy of the world. In a city where income inequality is among the highest in the world, the wealth gap resulting from asset inequality is nowhere more vivid than here and is an even more profound source of deep inequality.

Analysts in property agencies faithfully track the present retail gloom even as landlords reluctantly trim rents. But even with rental market corrections of more than 40 per cent being recently reported, rental costs still often account for a half or more of the amount shoppers pay for goods on retail shelves.

At present, it is the luxury sector that is hurting most obviously. Food retailing remains steady for now, as do niches like booksellers and Chinese medicine stores, but it is surely just a matter of time.

If this change is indeed structural, then we in Hong Kong face a significant social and economic challenge. 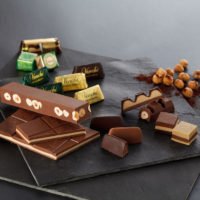 Venchi brings the 'five-senses' chocolate experience to Asia
Next Article 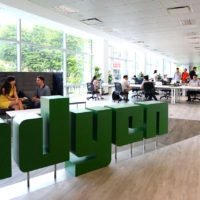 Adyen adds WeChat to its portfolio of payment methods