Hong Kong drinks manufacturer Vitasoy has begun a pilot scheme to recycle Tetra Pak cartons, which it and many other drink manufacturers use for packaging.

SEE ALSO : Hong Kong protests: who is going to lose in the retail industry?

Dorcas Lau Shing-suet, Vitasoy’s CEO, says the scheme will enable the company to create an education, collection, and recycling programme in partnership with Secure Information Disposal Services (SSID), which operates a waste management plant in the city’s Yuen Long district.

The 79-year-old company launched the scheme. It will see recycling bins placed in more than 75 schools, and a “mobile education centre” fitted with recycling bins and learning resources travel to schools and housing estates.

The company will roll out the scheme citywide, but Lau cannot say yet when that will happen. “I think we always wanted to do something to tackle used paper carton waste in Hong Kong. But because there was not a facility able to do the recycling, we did not take any serious moves until now,” Lau says.

As part of the programme, Vitasoy will collaborate with Hong Kong Polytechnic University to organise environmental workshops and work with students in its School of Design to make objects from the paper pulp extracted from recycled cartons.

Lau says the company is putting Vitasoy recycling bins in schools first to instil the recycling habit in young people.

“It is really important to start from educating people when they are young, because this is how they establish the habit,” she says.

Recycling drink cartons is difficult because various materials are used in their manufacture. Although Tetra Pak claims its packaging is “100 per cent recyclable,” in reality few specialised facilities exist to reclaim the paper, polythene and aluminium layers that form the sturdy but lightweight containers.

In East Asia, Japan has the highest recycling rate for cartons, at 45 per cent, whereas in Hong Kong that number is close to zero.

Reclaimed materials from the boxes can be used for a range of purposes, for example, to make pens, paper shopping bags, playing cards, and even apparatus used in sewage treatment works.

To use Vitasoy’s bins, consumers will need to remove the straw – which will not be recycled – before cutting the box open, washing it out, then flattening it.

Until now, environmental groups run by volunteers have organised the city’s only Tetra Pak recycling services. Green Power began its own scheme to recycle cartons in 2016, setting up 17 collections stations throughout the city and sending the collected waste to be processed by a specialist facility in Thailand.

The move to recycle cartons comes as part of a raft of sustainability initiatives the company is touting, including the installation of solar panels on the roof of its Tuen Mun headquarters, using paper packaging, piloting the use of recycled PET plastic in its bottles and cutting down on the water, fuel and energy used to make its products.

Vitasoy’s carton recycling programme follows the launch of a plastic bottle “reverse vending machine” scheme by Watsons Water, Swire Coca-Cola and Dairy Farm, under which people can post bottles into a machine in exchange for Octopus Card credits.

The manufacturers pledged in December to tackle the 1.7 billion drinks containers dumped in Hong Kong landfills in 2017 by raising the recovery rate of single-use bottles from single digits to 70 per cent within six years. 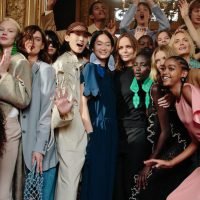 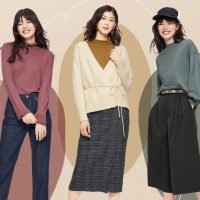 Japan's GU is growing in the fast retailing industry