The Census and Statistics Department estimated retail sales last month came in at HK$35.2bn, down 7.5 per cent year-on-year but less severe than a fall of 10 per cent called for by the consensus forecast of economists.

That was better than a revised estimate of 9.8 per cent contraction in March, but offers little comfort to Hong Kong merchants whose livelihood has been hit hard by the slowdown in mainland China.

Broken down by category sales of durable consumer goods fell the most (-31.6 per cent), followed by electronics and photographic equipment (-23 per cent) and jewellery, watches and other valuable gifts (-16.6 per cent).

Among the few categories that saw sales value increase were supermarket sales of commodities, up 2.4 per cent year-on-year, and alcoholic drinks and tobacco, up 5 per cent. That is less encouraging when viewed in light of inflation data showing growth in the cost of key goods held steady last month for most residents of the special autonomous region.

In commentary released alongside the new figures, the department said the near-term outlook for retail sales “will continue to depend on the performance of inbound tourism, and on the extent to which the local consumption sentiment is affected by the uncertain economic outlook and other external headwinds.” 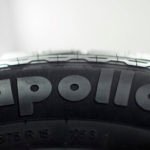