Hong Kong International Airport‘s plans to transform itself into an airport city took a major step foward today with the news that it plans to create SKYCITY, a new retail and entertainment development a short walk from its terminals.

All will be located on approximately 25 hectares of land at the north of the airport island.

The SKYCITY plan was unveiled at The Future of Shopping Malls Business Conference and Exhibition hosted today by the AAHK, at which international speakers discussed the latest airport city developments in major aviation hubs and the potential for HKIA.

Speaking about AAHK’s aspirations for SKYCITY, AAHK chairman, Jack So Chak-kwong, said: “Our vision is to create a new destination that goes far beyond the traditional notion of a shopping mall.

“Located right next to the airport, SKYCITY aims to capture broad opportunities in tourism and business, while also providing a dynamic lifestyle and family entertainment hub for Hong Kong residents and visitors alike.”

According to AAHK, SKYCITY is well-positioned with its proximity to HKIA which serves nearly 70 million international passengers and local residents annually.

The passenger traffic is projected to rise to more than 100 million by 2030 with the completion of the three-runway system, providing a large and stable potential customer base for SKYCITY.

It notes that SKYCITY will also tap into the full potential brought by the Tuen Mun-Chek Lap Kok Link and the Hong Kong-Zhuhai-Macao Bridge, strategic road links that will provide greater interconnectivity not only in Hong Kong, but also with the Pearl River Delta region.

Set to be developed in three phases, Phase 1 of the project will comprise a unique retail, dining and entertainment (RDE) destination of 195,000sqm, scheduled to open in 2021, and a hotel providing 450 to 750 rooms, expected to be completed in 2020.

Invitations for tender submissions for the hotel and RDE developments will be issued in November 2016 and early 2017 respectively. 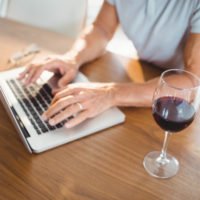 Why Chinese millennials are drinking more wine
Next Article 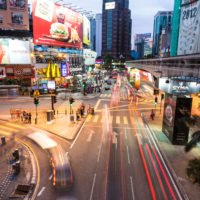