The 26km Hong Kong section of the Guangzhou-Shenzhen-Hong Kong Express Rail Link is set to debut on September 23, forecasting 80,100 passengers daily. The cross-border service will link the city to 44 destinations on mainland China.

Last weekend, 20,000 people who obtained tickets last week were poised to catch a first glimpse of the station.

On the first basement level, 23 counters will sell tickets to 44 mainland destinations, with various modes of payment accepted, such as Octopus, Alipay, WeChat Pay and Samsung Pay.

Five counters will offer tickets to destinations in mainland China’s rail network or those beyond the 44 stops.

Passengers can also buy tickets from 39 machines. However, the automated systems only accept home-return permits for Hong Kong and Macau residents as well as second-generation mainland resident IDs. Up to 10 tickets may be bought at a time.

Those holding other travel documents are required to buy tickets from the counters.

There are about 40 shops and a large food court located on-site. The nine Hong Kong-owned trains at the terminus do not offer food services in their carriages.

Delayed three years and over budget by one-third of its total costs, the rail line has sparked controversy over a “co-location” arrangement allowing mainland officials to enforce their laws in a port area leased to them.

A designated zone – including two office floors, a waiting hall for departing passengers, station platforms and connecting passageways and escalators, as well as train compartments – will be subject to mainland jurisdiction and laws.

Supporters of the joint checkpoint plan have argued the plan would be more convenient for passengers as customs clearance would be consolidated. But critics say the arrangement contravenes the Basic Law, the city’s mini-constitution, which states that mainland legislation shall not apply on Hong Kong soil except in matters of defence, foreign affairs and those “outside the limits” of local autonomy.

This new connection is part of the bigger plan of interaction in the Greater Bay Area, and will definitely have an impact on the retail industry.

The long-established business of Chinese visitors going to HK for shopping will now see the same flow of people going from HK to Shenzhen to chill out in the fast-developing so called megacity. Shenzhen is rapidly transforming and working on its infrastructure to welcome visitors, but also its growing population. 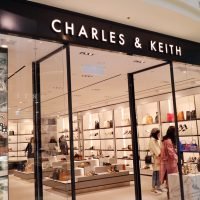 CHARLES & KEITH to land in HK
Next Article 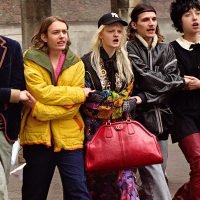 Featured Articles of the Week
Staff Writer 9 hours ago