HKTV’s first store opened in October in North Point in a space of just 200 sq ft. Wong said four to five salespeople would man the site, helping customers to shop for items on HKTVmall.com using one of the 50 tablets in-store.

“We want to reach out to people who do not have online shopping experience,” Wong said. “We are confident that many of them will become returning customers once they have their first experience with us.”

He said he hoped to reinvent the traditional retail industry with the concept, and would open more stores across the city soon.

Wong said he launched the stores after HKTV’s online sales increased five-fold to HK$67.46 million during the first half of this year.

“The gloomy economic outlook and retail situation did not affect us,” he claimed. He said the cost of running an online shopping platform was much lower than supermarkets and convenient stores.

The company, which first started as a television station in 1992, has focused on expanding its online shopping platform since its bid for a free television licence failed in 2013. 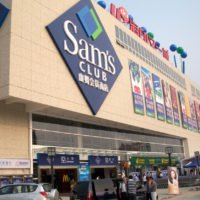 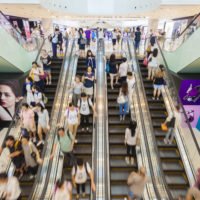