Hong Kong International Airport tells TRBusiness that its Midfield Concourse (MFC) has been ‘operating smoothly’ since its first flight departed on 28 December 2015 and now handles about 230 flights per day, which accounts for around 20% of HKIA’s daily passenger flights.

The new HK$10bn/$1.2bn Midfield Concourse, which is expected to increase HKIA’s handling capacity by at least 10m passengers per year, welcomes over 20 new retail and F&B units which have opened in phases since the end of last year.

“The year of 2015 has been fruitful for Hong Kong International Airport (HKIA) with its strong passenger growth, which saw the airport register a record-breaking 68.5m passengers and over 406,000 flight movements,” a spokesperson for the airport authority (AAHK) told TRBusiness

The airport believes that its retail outlets fared better in 2015; and hopes the positive performance will continue and even improve with the opening of MFC. There are over 20 retail and F&B units in the new 105,000sq m Midfield Concourse, split between liquor & tobacco, beauty products, fashion & accessories, audio-visual & electronics, packaged food, gifts, souvenirs & toys along with pharmaceutical & personal care items. 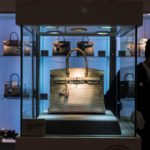 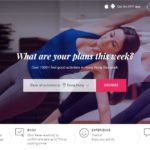