Ralph Lauren’s sudden exit from its Causeway Bay flagship store last week is the latest high-profile fashion closure to have occurred or been flagged in 2016.

Contacted for comment about its abandonment of the doubtless expensive space in the Lee Gardens, a representative of the brand said the closure was “part of our strategic and financial plan”, adding: “We are redeploying assets to focus on new concept stores and transition away from unprofitable formats and locations.”

SEE ALSO: Forever 21 flagship in Causeway Bay to close down

Ralph Lauren is “combining men’s and women’s flagships in the recently renovated Prince’s Building location, as well as remaining focused on providing our customers with the authentic style and luxury shopping experience they expect from us,” the spokeswoman said.

The move is part of a new strategy from Stefan Larsson, who worked for Swedish fast-fashion retailer H&M for 15 years and who replaced Lauren as chief executive in late 2015 (Lauren remains executive chairman and chief creative officer). The restructuring will, according to reports, cut over 50 stores and 1,000 jobs worldwide and save the publicly traded company between US$180 million and US$220 million a year. 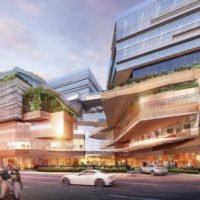 Retail-tainment rolls out across Asia Pacific