Hong Kong’s retail slump might be close to ending as mainland Chinese arrivals began to stabilise after months of hefty decline.

September retail sales slid 4.1% from a year ago to reach $33.8 billion Hong Kong dollars ($4.36 billion), marking a decline for the 19th consecutive month since February 2015. But the contraction was less severe than the 10.5% sales decline in August.

The September decline was led by the sales of electrical goods and photographic equipment, which fell 12.8% on the year. Sales of watches and jewellery fell 12.3%, less than half the drop posted a month ago.

More resilient categories include cosmetics and medicines, which saw sales growth of 1.2% on the year. Clothing sales swung back into positive territory at 1.8%. The launch of new iPhones in the same month helped to narrow the sales decline.

A government spokesman said on Thursday that the improvement in retail sales was “due partly to a reduced drag from the smaller decline in visitor arrivals” and stronger consumer sentiment amid “a somewhat more stable external environment.”

In September, the rate of decline in the number of mainland visitors to Hong Kong nearly halved to 5% on the year, resulting in an overall drop of 3% in tourist arrivals, official statistics showed.

Tourist spending currently contributes about a third of the territory’s retail sales while local consumption accounts for the rest. 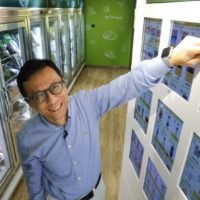 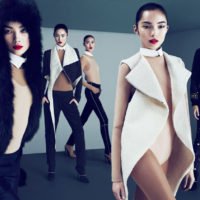