Art fairs are getting shorter. Once, the norm was at least four days of public opening but this year, as for a couple of editions past, Art Basel Hong Kong weighs in at just three public days (March 23-35) — following, of course, a run-up of VIP openings and viewings. Most of the other important contemporary fairs around the world have also abandoned longer stretches.

It seems a very brief run for such a mighty production effort. This coming week, some 242 galleries from 24 countries across the world will be shipping works of art and people thousands of miles, designing booths, chivvying their artists, organising, curating, sending volleys of tempting publicity to clients. Not to mention the investment that entails. Meanwhile the fair’s organisers will have worked all year to create the framework and apparatus for the galleries’ various activities: everything from lighting to talks programmes and triggering a giant publicity machine.

All for a few short days in these strange modern-day souks. The shorter hours are a great relief to most galleries. Most sales are made, fast and furious, in the first (preview) day or even the first few hours: after that, galleries are effectively putting on a free show for the public whose (substantial) admission moneys go to the fair’s organisers, not to the galleries themselves. Last year a record 70,000 of the general public thronged the Hong Kong convention centre to gaze at the riches on display.

Some of the impact happens almost naturally — the concentration of wealthy people attracted by a fair has an obvious effect on a city’s commercial life, with everything from hotels and restaurants to expensive shoe shops reporting a spike in business.

And each major fair is accompanied by satellites, smaller fairs showing more affordable work that run at the same time. In Miami, for instance, this reaches extraordinary proportions, with some 20-plus other events around the city during Art Basel Miami Beach.

For the big art fairs themselves the most important thing in what is now a crowded scene is to continue to attract the biggest collectors. This year’s Art Basel Hong Kong has found a flexible solution that obviates the need for permanent siting of works — a moving installation. Entitled “Twenty-Five Minutes Older”, and created by local artist Kingsley Ng in one of the city’s vintage trams, the project transforms the upper deck into a camera obscura to capture passing street life, with a soundtrack of readings from Liu Yichang’s novella “Tête-bêche”. This should be Hong Kong as you’ve never experienced it before, not least because it’s free and, presumably, not for sale. 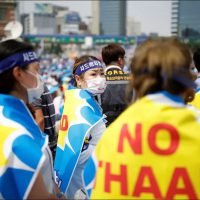 As leaders argue, South Korea finds China is no longer an easy sell
Next Article 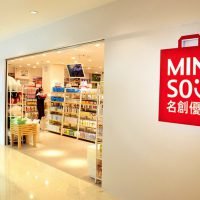