South Korea’s largest cosmetics manufacturer AmorePacific says it expects to open around 10 new stores in Hong Kong this year, and recruit more staff in the city.

Jeff Cheng, its local marketing director, said the company is also hoping to focus on offering more beauty services to its Hong Kong consumers, and at gaining more customer loyalty.

“To differentiate ourselves, we are going to give customer-experience a higher priority, offering more services such as beauty consulting,” said Cheng.

The moves come as Hong Kong’s retail sector continues to grapple with tumbling mainland tourist numbers, and with more mainlanders choosing to travel to South Korea instead.

The growing popularity of Korean pop culture in Asia is also helping to fuel the rise in visitor interest in the country, say analysts.

Riding on what it called a sustained “Korean wave” of cultural exports, AmorePacific said recently it saw a 21.8 per cent jump in group sales of its brands — which include Sulwhasoo, Laneige, and the more mass-market Etude — during the first quarter.

Cheng said that sales of Korean cosmetics products in Hong Kong had outperformed the flagging local retail sector, adding his company recorded “ideal” sales figures in the first half of the year, regardless of the retail downturn. 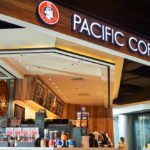 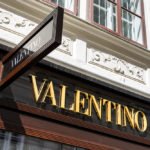 Valentino looking to set up shop in India