A new retail hub has launched in Xiamen, China, which will host retail majors Sam’s Club and Red Star Macalline.

Spanning 55,000 square metres with a built up space of 100,000 square metres, the four-storey retail hub is a “lifestyle-centric’ outfit, designed to support the Pilot Free Trade Zone as the first major mall in Xiamen region.

Already confirmed as “anchor tenants”, Sam’s Club and Red Star Macalline will occupy some 85% of the retail space. Sam’s Club’s will open its first Xiamen store here, marking the 15th location for the Walmart-owned retailer in China.

“With the dynamic and growing retail sector in the country, we want to equip retailers with game-changing capabilities that help them simplify processes and optimise costs.” — Koh Yong Seng, Operations Director of North Asia, YCH Group

The new mall is also conveniently situated within the Pilot Free Trade Zone, meaning it is in close proximity to both air and sea ports and hotels.

“This will enable them to remain competitive while simultaneously boosting trade and facilities investment for China with the Pilot Free Trade Zone,” he added.

Xiamen is currently one of the fastest growing cities in China, growing at 6.7% with a population of 4.4 million. Xiamen received 1.63 million tourists from home and abroad, and taking in 1.853 billion RMB in tourism revenue according to statistics released by the Xiamen Tourism Bureau in late 2015.

As a domestic market, China has also overtaken the US to become the world’s largest retail market in 2016 with total sales of US$4.886 trillion. The new Xiamen mall opened its doors December 15. 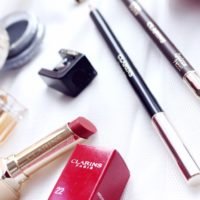