Online spending more than doubled between 2014 and 2015, with the total volume of Singles’ Day transactions rising by 136%, according to data accrued by Worldpay.

Compared to the previous week, the payment firm recorded a 956% uptick in transactions, on the back of clothing, cosmetics and household item sales. Globally, over 9,000 transactions per minute were processed during China Singles Day 2015.

By market, Hong Kong year-on-year sales surged 177%, with 2016 “promising to continue the upward growth trend,” said Worldpay, in a statement.

“It is incredible to see just how quickly the event has eclipsed the traditional holiday sales period. Last year, merchants from over 20 countries took part, and as Singles’ Day goes global, retailers need to prepare themselves for the biggest e-commerce event of the year,” said Phil Pomford, General Manager, Global eCommerce, Asia Pacific of Worldpay.

“To turn browsers into buyers, it is essential your website appeals to the needs of local shoppers,” said Pomford. “Security is a huge concern for Chinese consumers. More than two-thirds feel more secure making a purchase from a well-known website or reputable brand,” he added.

In addition, shoppers need to be able to pay how they want, which is increasingly mobile-focused.

“With nearly half of all transactions in China made by e-wallet, online retailers also need to let shoppers pay how they want to. With a website optimised for mobile, and some well-timed product offers and discounts, online retailers could double their sales on Singles Day,” he added. 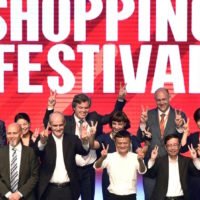 How Alibaba plans to reinvent retail with 11/11
Next Article 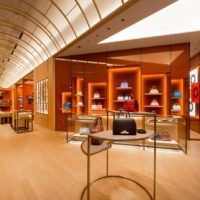