Why Is eBay Returning to China?

About a decade ago, EBay Inc. made a legendary retreat from the Chinese auction business in the face of growing local competition. It was a defeat so humiliating that it became a business school case study. Since then, however, the Chinese e-commerce market has changed drastically — and so has EBay. As the company makes its return to the mainland, it may be at the forefront of an important trend in online trade.

EBay recently announced that it’s partnering with Ningbo, a major port and manufacturing hub, to help boost the city’s e-commerce with the rest of the world. That’s a farsighted move. In 2016, Chinese shoppers made a whopping $86 billion in online purchases from vendors in other countries. Globally, such trade was just as healthy, adding up to $300 billion in 2015 and growing at nearly 25 percent a year — faster than domestic e-commerce. At a time when globalization otherwise seems to be in retreat, companies taking advantage of this kind of trade are looking like the future of retail.

As EBay has figured out, the phenomenon revolves around China. Ningbo’s e-commerce pilot zone is one of more than a dozen recently established by the Chinese government. Companies operating in these areas can get several benefits, including expedited imports and tax breaks. More crucially, they can set up bonded warehouses to store imported goods for quick dispatch to customers — thereby reducing shipping times by as much as 80 percent.

That’s much appreciated by Chinese shoppers, who have long sought out foreign alternatives to unsafe local products. In the late 2000s, after repeated scandals over contaminated infant formula, Chinese parents bought up foreign brands in such quantities that they created shortages overseas. (If you’ve ever encountered tins of baby formula at a duty-free shop, it’s thanks to those scandals.) Now e-commerce is making such products far more accessible: As of 2015, China’s legal imported formula market was worth $2.5 billion annually.

A growing demand for luxury is also contributing to the trend. One recent survey from McKinsey & Co. found that 50 percent of Chinese consumers “now seek the best and most expensive product” when they shop. Last year, those shoppers purchased $5 billion worth of goods online from South Korea alone, with luxury items such as cosmetics, clothing and accessories topping the list. Although there’s local competition in all those categories, foreign brands are still widely perceived to be superior — and cross-border e-commerce has become the easiest way to buy them.

With the Ningbo partnership, EBay is hoping to improve this process by training local workers to help manufacturers meet the demands of overseas customers. It’s a big bet that cross-border online commerce will keep growing in the years ahead — even as international trade stagnates and protectionism rises. 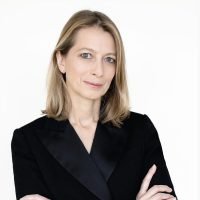