What’s the deal with the new (fake) “Supreme” store opening in Shenzhen?

There are 11 Supreme stores in the world: two in New York, one in Los Angeles, one in London, one in Paris, and six around Japan. There are none in China. So what’s the deal with the new “Supreme” store opening in Shenzhen, China that no one knows about?

The fake store has gone to extremes to replicate the original Supreme store experience, with identical interior fixtures, hip-hop playing, and even the same plastic bag. The only giveaway is the small logo affixed to the end of the Supreme mark, which may look like a registered trademark logo to the untrained eye, but upon closer inspection is a custom mark that reads “NYC,” further differentiating the counterfeit brand from the bona fide bogo. This mark extends to everything from the store signage to even the hangers.

Why would a bootleg brand go through the trouble of adding an extra, inaccurate detail? Probably because the label owns the copyright to the “Supreme NYC” name in China.

To clarify China’s unusual legal stance on trademarks, we spoke to lawyer Julie Zerbo of The Fashion Law. “In addition to the Chinese government’s relatively lax stance on instances of infringement of non-native [foreign] brands’ intellectual property rights by native [Chinese] entities, the way that trademark law operates in China allows for instances like [the fake Supreme store],” Zerbo explains. “Unlike in the United States and most other countries, where trademark rights are gained by actual use of a trademark, in China an individual gains rights merely by being the first to file a trademark application.”

In other words, if you’re fast enough to register a trademark before anyone else, the trademark is yours.

Unlike real Supreme stores, this one currently sells only hoodies. The wares come in an oatmeal gray, several colorblocked versions. Supreme’s “motion logo” hoodie is also aped in black and white versions. The retail price is 880RMB—roughly $130 USD. The price is pretty steep for fake goods, but it appears the brand is trying to peddle its Supreme NYC label as a middle-of-the-road alternative between expensive resell prices on legit supreme, and low-quality knockoffs that generally cost half the price.

There are even more curious differences in how Supreme NYC brands its goods. Unlike Supreme’s 100% cotton fleece hoodies manufactured in Canada, the dubious brand makes its hoodies from a cotton/polyester blend, and denotes the clothing as manufactured in China.

What do you think of this example of counterfeit culture? Let us know in the comments. 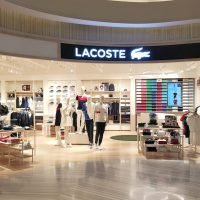 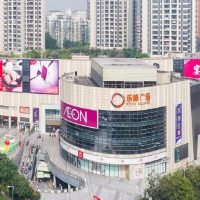