As one of the oldest handbag brands in the game, Delvaux’s consumer base is generally coveted by grandmothers, who hand down their treasured accessory to their daughters (and then the daughters to their daughters). So when the Belgian company broke into the China market three years ago, CEO Marco Probst didn’t expect that women under 30 would be buying the bags.

“Our Chinese clients were a big learning curve for us in the beginning when we started out here,” he said. “We learned pretty quickly that you can have a 20-year-old girl buying a bag for $20,000, so the customer profile pretty much changed, putting their average age down to 25 to 30. Chinese clients are completely open and they learn so quickly.”

It’s this sentiment that fuels the brand as it expands its presence in China. The brand, which was founded in 1829, opened its first boutique in Hong Kong in 2014 after being acquired by a Hong Kong investment group Fung Brands in 2011.

Three years later, it would open its first Shanghai store, and a year after that, in Hangzhou and Beijing. Until December, Delvaux’s only Beijing locations were small boutiques in Galeries Lafayette and the Yintai Center. Now, it has a third location, its largest in China, in the trendy north section of Taikoo Li in Sanlitun.

There has been talk in the past year about a handbag bubble in China and around the world that’s forcing some brands to buy back handbags or majorly reduce prices. Probst said this simply doesn’t apply to the brand. A Delvaux bag is incomparable to bags worth “a tenth of the price,” he said. In other words, Delvaux accessories are an investment, a purchase that is “a very conscious decision.”

Probst said the brand might close its Galeries Lafayette store and open one more in Shanghai and Chengdu for a total of six locations, and then “that’s it.” He said he wants to be careful about over distributing the brand, and the stores should serve to give the top customers a chance to see the craftsmanship in person.

The craftsmanship is such that owners of Delvaux bags will keep them for decades and get them repaired if necessary. Some bags feature unusual leather work that takes up to 25 hours to make. Most of the store features classic pieces, in addition to their new, mostly gold, end-of-year Poussière d’étoiles collection, but there are a few anomalies designed to appeal to their Chinese customer base.

One is a gathering of bags that centre on Chinese New Year, mostly by featuring red leather, with red being a symbolic colour of the Chinese festival. The other isn’t aimed at Chinese consumers exclusively, but is part of a common thread among luxury brands. They’ve recently a debuted a more sporty style bag, a nod to the athleisure trend that Chinese consumers—increasingly health-conscious—are eating up.

Although trends are important, Delvaux is relying on a quality becoming increasingly apparent among Chinese consumers: the search for the unique. 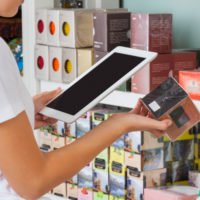 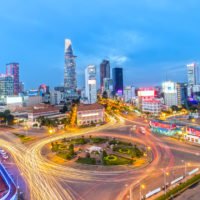