Wal-Mart Stores Inc.’s recent deal to buy a 5% stake in China’s second-biggest e-commerce company includes terms that could motivate the U.S. retail giant to increase its investment, a person familiar with the matter said.

Under those terms, which haven’t been made public, Wal-Mart would gain observer status at JD.com Inc.’s board meetings if the U.S. company increased its shareholding to a level equivalent to a 10% stake, based on current shares outstanding, the person said. Wal-Mart could increase its stake by buying shares from JD.com’s major shareholders or on the open market.

The agreement highlights the long-term significance of the partnership for both companies. Wal-Mart has struggled to crack the rapidly growing online retail market in China on its own.

The deal also shows JD.com’s willingness to deepen its ties with Wal-Mart. At present, the only JD.com strategic partner that has a board seat is Chinese internet company Tencent Holdings Ltd., which bought a 15% stake in JD.com in 2014. Tencent President Martin Lau serves as a JD.com director.

The deal’s terms also include a mutual noncompete agreement that is valid for the next eight years, which prevents both companies from launching or investing in businesses that compete against each other, the person said.

Wal-Mart’s deal with JD.com, announced last week, allows the Chinese company to take ownership of Wal-Mart’s Yihaodian online marketplace. As part of the deal, Wal-Mart would receive a 5% stake in JD.com, the companies said. 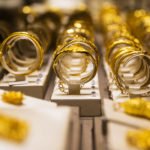 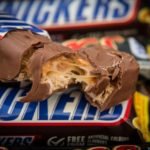