From geopolitical disputes to debates over cultural appropriation, China tends to be a place where it’s easy for foreign brands to get embroiled in controversies no matter how hard they try to avoid it. That’s no different for the luxury industry, which saw its fair share of issues this year.

Below is Jing Daily’s list of 10 major controversies in China’s luxury industry over the course of 2016, in no particular order:

1. Lancôme’s canceled Denise Ho concert. Thanks to antagonism by the Global Times, what was supposed to be a lighthearted promotional pop concert sponsored by the French beauty brand turned into a flashpoint in the ongoing tensions between China and Hong Kong.

2. Jack Ma’s statement that fake luxury goods are “better quality” and made in the “same factories” as real ones. In a speech to investors in June, Jack Ma incited luxury executives’ anger when he made his declaration about “fake” goods, which he later clarified in a Wall Street Journal op-ed to mean off-brand items.

3. The mutiny over Alibaba at the International AntiCounterfeiting Coalition. In another controversy over fakes on Alibaba platforms stirred up this year, luxury brands revolted when the IACC admitted Alibaba in a special “general membership” category. After Gucci, Michael Kors, and Tiffany & Co. quit the group in protest, Alibaba’s membership was suspended.

4. A Daimler executive’s racist rant in Beijing. A People’s Daily report stating that a Daimler executive in Beijing shouted a racist remark and used pepper spray over a parking dispute resulted in the man being promptly relieved from his position. That didn’t keep the controversy from going viral online and sparking anger, however. 5. Victoria’s Secret’s mix of dragons with lingerie at its annual fashion show. In a possible attempt to reach Chinese consumers, the brand featured several outfits with China-inspired designs for the Victoria’s Secret Fashion Show, but not all of China’s netizens were impressed.

6. The revelation of tensions in the 2015 Met Gala planning process. This one isn’t much of a “controversy” per se, but this year’s release of Met Gala documentary The First Monday in May showed the behind-the-scenes debates over the curation of the China-themed exhibition.

7. A ban from China for the actress Birkin handbags are named after. While Chinese buyers have been paying record prices for Birkin handbags at auction, 60s icon Jane Birkin has been using her namesake handbag to display political messages. When she wasn’t granted a visa to perform at a concert in Shanghai this summer, Chinese media mentioned her participation in 2008 Tibet protests in France and her use of the handbag to display a Tibetan flag. 8. China’s K-pop ban poses a problem for luxury brands. Long a source of major publicity for luxury brands in China, Korean pop stars have attracted investment from LVMH through its stake in Korean entertainment company YG Entertainment. But a recent reported ban on Korean TV shows on Chinese television and Korean pop stars entering China has the industry worried about the future.

9. Taiwan’s mainland tourist slump. Politics have been known to cause significant shifts in where mainland Chinese tourists decide to travel in Asia, and Taiwan learned that lesson the hard way this year. After cross-Strait relations soured following the presidential victory of Tsai Ing-wen, mainland visitor numbers plunged, with a 69 percent decrease during Golden Week.

10. Donald Trump’s China-related conflicts of interest. As Trump’s business interests around the world remain under scrutiny over conflict-of-interest issues, his China ties are receiving less scrutiny at the moment than links to Russia, but China plays no small role in his business. He’s personally bragged on the campaign trail about the multi-million-dollar luxury apartments he’s sold to elite Chinese buyers, while AFP reported that the Trump Hotel Collection negotiated a memorandum of understanding with China’s largest state-owned enterprise worth around $100 to $150 million. 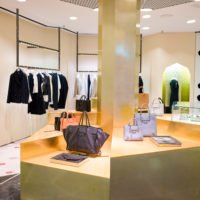