Starbucks is participating in the China International Import Expo (CIIE) for the second straight year, supporting one of the leading landmark events for Shanghai and China.

This year, 260 Starbucks partners (employees) will present Starbucks Reserve™ Yunnan coffee, which is fully grown and roasted in China, alongside other premium Starbucks Reserve™ coffee and tea beverages, complemented by appetizing food from Princi® Bakery. Nineteen Starbucks locations will be set up across the event venue in total.

“Starbucks is honored to contribute again to the success of the Expo. Over the past two decades, Starbucks has not only dedicated itself to bringing people and communities in China together through our coffee, but also to supporting the continued growth and elevation of Chinese coffee,” said Leo Tsoi, chief operating officer and president, Starbucks China Retail. “

Today, our partners are proud to convey their pride and passion for high-quality Chinese coffee, through sharing the distinctive flavor of premium Starbucks Reserve Yunnan coffee on this prestigious international stage,” Leo continued.

As one of the pioneers of specialty coffee in China, Starbucks aspires to bring high-quality Chinese coffee to the world. Over the past seven years, Starbucks has partnered closely with Yunnan farmers to continuously improve the quality of their coffee through providing agronomy expertise and resources. This year’s CIIE showcases the latest premium Starbucks Reserve Yunnan coffee – Qingkai Farm. It is the first single origin Reserve coffee to be named after a Yunnan coffee farmer, honoring the tireless labor, perseverance and pursuit of excellence by local farmers.

The nineteen Starbucks locations at the event are designed to highlight the growing emphasis on sustainability. Inspired by the aesthetical characteristics of paper straws, they were constructed using kraft paper and flame-retardant materials, to create a novel and comfortable ‘third place’ where guests may take a moment to refuel and recharge amidst their busy schedules. Starbucks baristas will also be on hand to guide visitors on waste categorization, which will be implemented across all locations.

During the CIIE, Starbucks baristas will be working round-the-clock to deliver an exceptional Starbucks Experience at any time of the day. Said Sky Ji, a partner who is participating in CIIE for the second straight year, “Every partner has been rigorously trained on all facets of service and etiquette, to ensure that we deliver only the highest service standards. We cannot be prouder to represent Shanghai, to be part of such an important milestone event for the city!”

Since entering the Chinese market 20 years ago, Starbucks has grown to operate over 4,100 stores across more than 160 cities in China. Starbucks is growing and innovating faster in China than any part of the world. It also creates more than 10,000 new jobs in China every year.

Shanghai is not only the headquarters and innovation center for Starbucks China, but also the city with the greatest number of Starbucks stores in the world, and home to the first Starbucks Roastery to be opened outside the United States. China’s favorable operating environment, the tremendous potential of the Chinese coffee market as well as the momentum generated by the CIIE have helped to fuel Starbucks growth in the market.

Building on its strong growth momentum, the company has launched an array of innovative store concepts in the past year, such as the Starbucks Reserve® Bakery Café and the Starbucks Reserve Café & Bar Mixato, while continuously elevating and enhancing the digital retail experience in China.

Echoing the CIIE’s theme – “New Era, Shared Future”, Starbucks is committed to being “in China for China”, through partnering with local suppliers to diversify its global coffee supply chain and increase the proportion of specialty coffee purchased from Yunnan.

It is currently the largest buyer of exported Arabica coffee from Yunnan, and will continue to showcase the distinctive flavor of high-quality coffee grown and roasted in China to CIIE and other international platforms. 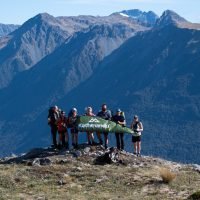 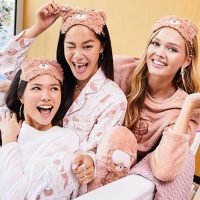