SMCP, the group behind French fashion brands Sandro, Maje and Claudie Pierlot, reported higher annual profits and sales, which its chief executive said was partly due to the allure of Parisian chic for Chinese customers.

SMCP operates in what analysts classify as the accessible luxury segment of the fashion market, and it aims to become a leader in the more affordable space.

Accessible luxury is benefiting from buoyant demand among a fast-growing middle class, particularly in countries such as China, where the group already has 70 stores.

The Sandro, Maje, and Claudine Pierlot labels sell dresses for between €150-250, and employ supply chain practices borrowed from retailers such as Zara and H&M.

SMCP’s growth in its domestic French market also stood out, compared with the overall French fashion market, where sales have declined by 2.6 percent. 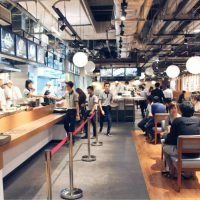