Luxury conglomerate LVMH said it plans numerous product launches before the end of the year as it races to stay ahead of fast-growing competitors like Kering SA’s Gucci and closely held Chanel.

The world’s largest luxury company reported double-digit percentage growth in sectors from fashion to jewelry and cosmetics. The shares rose as much as 2.6 percent in Paris.

LVMH has so far thrived despite the opening rounds of a global trade war, as the Chinese consumer’s appetite for French luxury goods surged during the quarter. But because of the threat of higher tariffs and other economic uncertainties, “the current trends cannot realistically be extrapolated to the second half of the year,” Chief Financial Officer Jean-Jacques Guiony said on a call.

Chinese consumers account for roughly a third of luxury purchases, according to consulting firm BCG — and as much as 70 percent of the sector’s growth. LVMH sales in Asia surged 17 percent last year, and traveling Chinese shoppers lifted other markets. Now, investors are watching carefully to see how long the boom can last for luxury’s leader, especially as U.S. President Donald Trump’s trade moves risk shaking confidence in the industry’s biggest client base.

“The threats are there but I don’t think they have materialized yet in any way,” Guiony said.

Shanghai’s CSI 300 stock index has fallen 11 percent this year, fueling fears that high-end shoppers could tighten their belts. China moved to bolster consumption by lowering import duties on many products earlier this month, and luxury brands including Louis Vuitton and Hermes have cut prices to pass the benefit on to consumers.

The company said its coming product launches include new perfumes from Christian Dior, endorsed by Jennifer Lawrence, and Givenchy, promoted by Rooney Mara. A Guerlain skin serum and a Chinese launch of the Kenzo World line are among the other debuts.

The plans come as LVMH’s competitors have thrown down the gauntlet in recent months. Gucci set a midterm sales target that would rival estimates for Louis Vuitton, long the world’s largest luxury brand with more than 9 billion euros in annual sales. Chanel released its yearly financials for the first time in 108 years — at the same time as Vuitton’s most recent fashion show — to reveal that its sales of quilted leather handbags and No. 5 perfume had already bested Vuitton by some measures.

In a bid to keep its edge, LVMH has reshuffled the creative leadership at its biggest fashion brands in recent months. Designer Hedi Slimane, who set the menswear agenda for more than a decade with skinny jeans and suits at Dior Homme and Kering’s Saint Laurent, has been tapped to add menswear and haute couture at LVMH’s womenswear brand Celine, with his first shows this fall. New menswear chiefs at Vuitton and Christian Dior both made their debuts in June.

LVMH’s first-half profit was boosted by rapid growth at Vuitton and the exit of a duty-free concession at the Hong Kong airport. Sales in the second quarter totaled 10.9 billion euros ($12.7 billion), above analysts’ prediction of 10.79 billion euros. 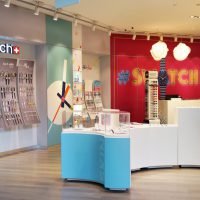