As the Chinese economy slowly exits the slumber of recent years — and as the anti-corruption campaign implemented by President Xi Jinping subsides — the retail industry is seeing remarkable growth across first- and second-tier cities, as well as the autonomous territory of Hong Kong.

The development is part of a larger trend, according to a recent report from the consultancy Bain & Co. The firm noted that sales of luxury goods in mainland China are forecast to grow by 20 to 22 percent this year, and that has piqued the interest of Western shoe brands, both big and small.

Thibaud André, senior consultant and marketing manager of Beijing-based market research company Daxue Consulting, pointed out that luxury shoes are a booming sector in the region.

“A survey we ran in 2016 indicated that footwear was worth an estimated RMB 370 billion ($54 billion),” he said. “We expected it to increase to an average rate of 7 percent yearly, but I am quite confident that rate will soon hit the double-digits realm instead.”

Although shopping overseas is still very important for Chinese buyers, the gap between domestic and international purchases is not as wide as it used to be. “The reason for that is a reduction in the price differentials between outside and home markets,” André explained. “Consumers aren’t as averse to spending their money here anymore, which means sales are looking rather robust.”

And though the trade war between the U.S. and China continues to escalate, André predicted it will have little impact. “Big spenders don’t care about tariffs. They are well-versed in price differences across the globe, and if they want to buy something, they’ll just go for it.” Also working in their favor: Many luxury shoe brands are based in or produced in Europe, so they have escaped the import tax increases — at least for now.

Experts said a combination of factors are driving sales. Evolving taste is one of them, according to Chloe Reuter of Reuter Communications, an intelligence, digital, communications and marketing agency with offices in Hong Kong and Shanghai that connects luxury brands with Asia’s well-heeled consumers.

“The luxury sphere has become incredibly sophisticated in China,” she said, “and that applies to high-end footwear, too. There’s an undeniable thirst for [uniqueness], and increasingly, consumers are moving away from the more obvious names of the industry and shifting toward more niche labels.”

Specialized footwear brands such as René Caovilla, Gianvito Rossi and Nicholas Kirkwood are decidedly becoming the go-to names for many shoe enthusiasts in place of fashion powerhouses peddling a wider gamut of items.

“Chinese wealthy shoppers are really hard to excite these days,” Reuter said. “Indie or heritage brands with a long history of craftsmanship have a competitive edge because they feel truly different and original.”

Irene Yu, senior director of merchandising at Lane Crawford, which is present both in mainland China and Hong Kong, noted that the specialty department store has seen a change in shopping habits over recent years.

“Chinese luxury consumers are global, fashion-savvy, well-traveled,” she said. “They have access to a lot of information through social media, and that means they are very educated when it comes to luxury brands. They know their Gianvito Rossis and their Manolos. Of course, they are still very much willing to spend on the more established brands but are also looking for something that feels more prestigious. They are craving newness, and that’s opening the market to a wider net of players.”

While older shoppers — usually categorized as Gen X — are still playing a significant role in the luxury market, millennials and Gen Z account for the larger growth in the footwear category (85 percent, according to another Bain report from last year).

That has led to the rise of new spending habits: faster, more frequent, trend-driven — and mostly geared toward online shopping and influenced by digital social media platforms.

“More and more consumers outside of China’s top-tier cities are using e-commerce to access guaranteed-authentic luxury products,” said Gu, noting that luxury shoe sales on the platform have grown continuously year over year. “Customers who buy high-end shoes are generally 18 to 35 years old and are largely brand-conscious. They focus on fashionable footwear.”

The footwear segment is performing equally well for Lane Crawford, particularly online. “[Customers] still come to the stores to try on shoes, but it’s online that we get a lot of purchases,” said Yu. “To that end, the whole in-store visit is adapting to complement the digital sphere. It’s becoming more experiential to offer a 360-degree approach to the products.”

Lane Crawford’s business strategy relies on collaborations, exclusive capsule collections and pop-ups, as well as a highly curated floor design. “We make sure each brand is presented in a way that reflects its ethos: cool urbanite for Nicholas Kirkwood, party girl for Aquazzura, for instance,” said Yu. “Clients are very receptive to that. And they do like coming in to check out limited-edition collabs: Off White x Yeezy 350 did very well for us. But we are always thinking of the link between online and offline.”

Similarly, JD.com has hosted online pop-up stores by brands such as Fendi and Christian Louboutin to engage its young audiences. It also launched JD Delivery Express, a service in which specially trained JD employees hand-deliver packages while wearing distinctive uniforms, complete with white gloves, and they drive environmentally friendly electric vehicles rather than the company’s usual tricycles and scooters. “[Luxury] consumers place tremendous value on the shopping experience,” Gu said.

A change in lifestyle — from unashamedly opulent to more wellness-oriented — is another key element in the country’s booming footwear sector.

“The rise of the athleisure movement has been particularly significant for shoe retail,” Yu said. “Only a few seasons ago, it was all about the stilettos and the high-heels. Now designer sneakers make up a really big chunk of the market. Models like Balenciaga’s Triple S — we can’t keep them in stock. They are constantly sold out.”

But again, it’s the smaller brands such as Golden Goose and Comme des Garçons that are drawing the attention of shoppers. “They are considered younger and a bit cooler compared with the Valentinos and the McQueens,” said Yu. “They speak directly to the consumers’ demographic.”

Outside the sneaker realm, female buyers are going for chunkier block heels, slides and mules. “[Those looks are] less casual than a trainer but not as committing as a stiletto,” Yu explained.

It is in the fashion arena in particular that the quest for distinctiveness shines brightest. And labels such as René Caovilla are tapping into that opportunity.

“We tell a story, and our Chinese clients appreciate that,” said Edoardo Caovilla, the third-generation creative director and COO. “They are yearning for high-quality and long-lasting gratification, and they know they can get it with a company that’s been making only shoes since it was first established 90 years ago. They also respect our philosophy. That’s the essence of why we’re doing so well in the country: We’ve gained the trust of the market.”

The brand has accomplished this feat without opening a standalone store; instead, it is distributed through Lane Crawford, where it is one of the best-selling labels. Helping to build buzz are high-profile endorsements — Caovilla shoes have been seen on the feet of Gigi Hadid, Rihanna and Jennifer Lopez, as well as Chinese stars such as Yao Chen, Shu Qi and Ming Xi.

“For lasting success, it’s essential that we collaborate with the right kind of public figures,” Caovilla said. “Buyers are picky. They want to feel understood and for their wardrobe to express a very specific kind of luxury.”

High-end French footwear label Robert Clergerie also has found a welcoming audience in the region. Though the brand is available only in department stores in China, it is performing remarkably well among consumers, particularly with tourism shopping.

“[Chinese] millennials have a sense of independence and a unique style. They value heritage, quality and provenance,” said CEO Perry Oosting.

He added, “We are working to improve all the touch points with Chinese clients traveling abroad across all our stores, such as integrating WeChat in the retail shopping experience. We also have our own WeChat platform, for which we create localized content and work with [key opinion leaders] in China to build engagement and relevance among our target audience.”

Collaborating with influencers is an increasingly important strategy for brands if they aim for long-term sales results in the country. “KOLs are the most effective product marketing here. And they can help with sales abroad, too, if the brand hasn’t entered China yet,” said André of Daxue Consulting. “Besides exclusivity, social media is the biggest determinant for success.”

Reuter believes that the country’s young, digitally savvy consumers are painting a new landscape for the global luxury industry. “Chinese shoppers are five years ahead of their counterparts,” she said. “The way they approach shopping is set to become the norm for the rest of the world’s wealthy.” 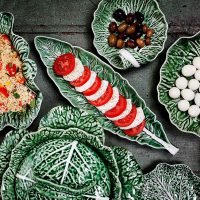 Here, the Portuguese brand who caught the eye of millennials
Next Article 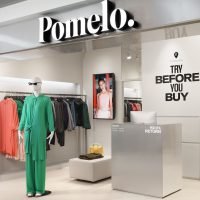 EXCLUSIVE INTERVIEW with Pomelo: New retail is all about micro-retail
Featured Articles of the Week
Contributor 2 weeks ago