Hugo Boss, said it planned to cut costs by €50m this year as it warned of a “difficult global market environment”, particularly in the US and China.

The luxury group expects to cut costs through initiatives such as renegotiating rents, while it also plans to undertake a review of its stores, potentially with a view to shutting unprofitable outlets. A decision on closures would be taken “in the coming months”, Hugo Boss said on Tuesday.

It also announced a slower pace of expansion in its retail business and said investment this year was likely to be between €160m and €180m, down from €220m in 2015.

The group unveiled a series of initiatives as sales fell 4 per cent in the first quarter to €643m, or 3 per cent when stripping out exchange rate fluctuations.

The group continued to suffer from weak sales in Hong Kong and Macau during the three-month period, although it signalled some good news from its business in mainland China, where it has cut prices by a fifth. This has received a “positive reception” from shoppers, it said. 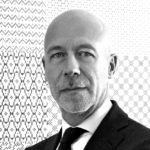 Is Furla's CEO heading to Ferragamo?
Next Article