Does China have too many shopping malls?

About 3.7 million square meters (39.8 million square feet) of shopping space was under construction in 2015 in Chongqing, according to real-estate broker CBRE Group Inc. That is almost 10 times the size of the pipeline in New York and more than anywhere else on the planet, CBRE said.

Chongqing’s glut of shopping malls is a vivid sign of a big miscalculation now imperilling China’s retail economy. For the past five years, developers have been churning out new supply at a record pace on the assumption that the growth of the country’s middle class would greatly boost shopping and create enormous demand among retailers for store space.

But developers went overboard in areas like Chongqing, a city of some 30 million people, perched on the Yangtze River. Chongqing’s shopping mall stock per urban consumer was more than 2 square meters in 2015, according to real-estate broker Jones Lang LaSalle. That compares with roughly 0.5 square meter for China’s four so-called first-tier cities, which include Beijing and Shanghai.

Moreover, new demand hasn’t been as strong as anticipated because many Chinese shoppers are leapfrogging stores and going directly online. China’s online sales market eclipsed the U.S. about two years ago, and is expected to reach $899 billion in 2016, which would amount to almost half of the world’s digital retail sales, according to a forecast by research firm eMarketer.

Online sales made up 12% to 13% of total retail spending in 2015 in China and were expected to hit 18.5% in 2016. If it hits that figure, China will have the largest percentage of internet shoppers in the world.

The result: throughout China the retail vacancy rate has been rising in many cities while rents have stagnated. “The oversupply is a combination of new supply because of government-led zoning at the local level, and also e-commerce,” said Kenneth Rhee, China chief representative at Urban Land Institute, a nonprofit research group.

Now, they are acknowledging the risks starting to appear in the retail market. Hang Lung Properties, for instance, said that shopping centres in China “had a particularly difficult time,” as rents slipped 2% for the six months ended in June.

Department stores have been one of the biggest losers. Pacific Department Store, a landmark in Shanghai’s Xujiahui district for two decades, closed recently. Meanwhile, both Parkson Retail Group, the operator of the department store that had closed at MixC in Chongqing, and New World Department Store China reported sharp losses over the past year. New World said in its 2016 financial report that it was getting tougher to compete with online shopping amid a massive supply of shopping malls in coming years.

Signs of pain in the retail sector can be found throughout Chongqing, where the local economy has been powered by heavy industry and an expanding electronics sector. 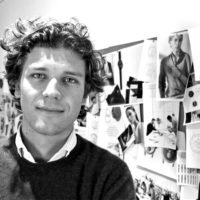 How nostalgia helps the retail business