It was a flurry of activity this month in the Chinese investment sector as the battle for market share intensifies among fashion players.

No longer content with national domination, Chinese companies are increasingly shopping abroad as they look for ways to build their presence overseas while strengthening their reputation at home.

This month’s deals are just the latest in a succession of rounds where Chinese firms have targeted brands based outside China’s borders.

Menswear giant Septwolves, for instance, while the name might not ring many bells outside China, the brand’s parent company Fujian Septwolves Industry Co. Ltd. announced that it will acquire an 80 percent share in Karl Lagerfeld Greater China Holdings (KLGCH).

Last year the firm reported a net profit of 267 million yuan ($40.5 million at current exchange). Due to KLGCH’s late entry into the market, the deal will likely provide the company with a much-needed boost thanks to its experience in distribution and local resources.

The deal is a feather in the cap of the Fujian Septwolves chairman, Zhou Shaoxiong: not only will he gain access to the international networks of fashion icon Karl Lagerfeld, but he will also benefit from an increased international brand awareness of his Chinese portfolio.

However, what may at first glance appear to be a prestige target is in fact a decidedly strategic investment.

According to Jing Daily, Fujian Septwolves’s representatives suggested that its move into the accessible luxury sector could accelerate the transformation of the company’s retail model.

Fujian Septwolves already distributes international luxury brands in China including Italian labels Versace and Canali, and in March of this year the firm diversified into media, acquiring a 30 percent minority share of Modern Media’s digital division.

Another examples is Shenzhen Ellassay Fashion Co. Ltd. that has been building up its portfolio since 2015.

Earlier this month it purchased a majority stake in Vivienne Tam’s China rights. The deal includes plans to open a number of stores in China before the end of the year, with further openings planned for 2018.

While earlier acquisitions raised some eyebrows in fashion industry circles, Booker believes that this month’s increasingly aggressive M&A pace demonstrates that many more China-based players are interested in flexing their investment muscle abroad. 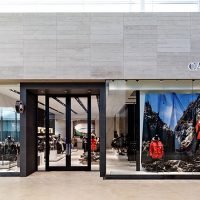 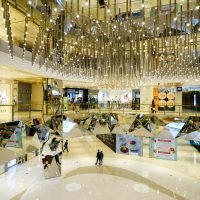