As Chinese consumers gain confidence in their own sense of style, some are starting to ditch luxury for leisure. The luxury drift in China is often explained as a reaction to the country’s economic slowdown and the government’s distaste for overt displays of opulence. However, underlying this shift is a unique transition of China’s cultural, political and street dynamics.

China’s sportswear market will surpass the luxury goods market by 2020, according to Euromonitor International, with double-digit growth each year to 280.8 billion yuan ($42.6 billion) compared with luxury’s single digit growth to 192.4 billion yuan ($29.2 billion) during the same period.

In a quest to better understand how to re-connect with the nation’s increasingly fickle upwardly-mobile consumers, I recently met face to face with several of them. ‘Little Zhang’ is the son of a wealthy business tycoon who did not wish to reveal his full name out of privacy concerns.

A self-confessed fashionista from the booming industrial city of Wuhan, deep in the country’s interior, Zhang admitted that he had been “teethed” on a set of “luxury brands that arrived in China early”. But although they were brands he still followed, he had a nagging feeling they were now “unable to express his more laid-back style”.

As a princeling of China’s economic miracle, Zhang had grown up using luxury brands to showcase his family’s wealth, success and status. However, as a twenty-something, he and many of his friends felt they were “evolving” to high-end leisure and sportswear in order to create a higher sense of style — or as he conveyed it in his local dialect, to be seen as “fresh rather than rotting meat.” 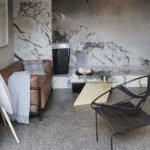 Microluxe is a showroom, store and hotel in one
Next Article 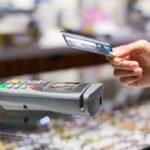