China’s online retail market will hit $1 trillion this year, a year ahead of predictions, as growth in mobile shopping and consumer spending in fashion and grocery categories continue to surge.

According to Forrester, China’s retail sales will reach $1.1 trillion in 2018, with online shopper numbers continuing to grow by 4.6% annually, to reach 631 million by 2022, up from the current 502 million.

The milestone would be ahead of a previous forecast by Forrester, which projected the Chinese online retail market would reach the trillion-dollar milestone only in 2019.

The Forrester report, which looks at the Asia-Pacific region as a whole, found that China remains the largest APAC market, accounting for close to 83% of all the region’s retail sales.

Forrester noted that Japan is the second largest nation in value terms with $97 billion, followed by South Korea with $69 billion and Australia with $31 billion. India came in fifth with $27 billion and continues to be the region’s fastest growing market, and is expected to overtake Australia in 2019, said report authors.

Mobile sales will account for 80% of online retail sales in 2022, said Forrester. 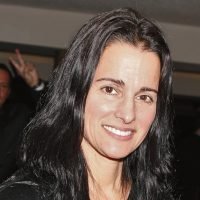