Besides, China’s self-declared Spicy Mamas, the face of modern fatherhood in China is also one that distinctly differs from past generations.

Luxury brands and new media platforms in China are finding that China’s affluent, modern Dad is keen to be seen as part of the successful family unit.

As explained in the spicy article, the image of success being aspired to includes the whole family, with the culture of modern Chinese parents centering on raising their progeny in the most elite way possible. This social evolution is coupled with the fresh expectation that Chinese women have of their partners.

While the precise cultural dynamics differ from region to region, affluent Chinese mothers entered into their marriages with the idea that their partner would engage in parenting too. Whether you visit children’s play centres, observe hotel weekend brunches or skim through your WeChat Moments feed, you will see modern Chinese fathers burping their babies and playing with their kids.

How can your brand engage with these new wave Chinese Dads?

We spoke to Kiya, Chief Editor of Fathers magazine, which launched its WeChat account just this year. While many categories of media are already saturated in China, they had the confidence to start a fresh new brand due to the huge gap between the demand of dads and the supply of relevant information and content:

“Chinese fathers today are happy to take on roles that previously were mainly that of the mother. They have realized the fun and joy in doing things with their kids. We see lots of examples of this with our readers. For one example, one boy decided that mushrooms were his favourite food. So his dad planned a weekend trip to the forest to actually forage for mushrooms, to learn about them in detail as an educational experience.”

“On our media, we have a club for dads to join. Firstly, they really love to be part of a club, to find like-minded people in an otherwise busy, work-focused city. They love to identify who they are and tell this to their network. And for the club members, when they join we send a professional artist to their home to create a picture of the family together. This idea of marking the family unit also appeals to them – like it’s their own legacy.”

Where are we going, Dad?

Starting as one of China’s very many ‘semi-reality TV’ shows (with celebrities pretending to be ‘real’ on camera), the enormous, nationwide fame of this programme saw the TV show being transformed into a movie.

The theme of the show was that fathers need to focus less on work and more on their kids. The message was adored by viewers, and Johnson’s – having already pivoted to digital marketing and new, premium organic products – capitalised on this by sponsoring the movie.

The campaign was aimed at dads (or for watching mothers to prompt their partners) and rewarded them by giving Johnson’s Baby products out to Followers who uploaded dad-child photos to Johnson Baby’s Weibo account. Their result was 30% sales growth from the same period of the previous year.

Dads want to be young, too

Just as we discussed in the Spicy Mamas article, being as youthful as your kids is a big draw – but it’s not just mothers. Many luxury brands have had successful campaigns which highlight dad looking good – as the trend of male beauty in China continues to grow.

The changing likes of China’s affluent dads are not only in the field of parenting – they like to take care of themselves as well as their family. Last month’s Father’s Day had high-end beauty brands all appealing to Chinese dads with various special offers in skincare and face creams.

A new campaign by BMW in July 2018 caught on to the rising trend of dad spending time with his child. The ‘Wonder Dad’ ad – with accompanying 14-minute full-length video – shows how a son imagines his father battling through various challenges in order to make sure he sees the school play.

This allows the new BMW X3 to give its male, aged 20s-40s audience the attributes of being active, young, cool – and a great father: all strongly desired personal traits by China’s modern urban dad. 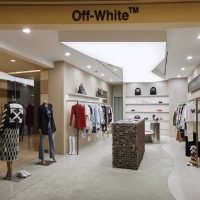 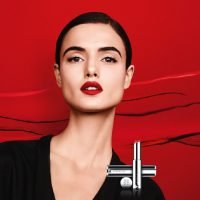