For the November 11 Singles’ Day shopping event, sales reached US$17.8 billion (RMB120.7 billion) on Alibaba platforms alone, rising from last year’s $14.3 billion. This marked a growth rate of 32 percent, down from over 60 percent last year. The total number of transactions hit the 1 billion mark this year (1.04 billion to be exact), up from 710 million last year.

While the day is known as a significant discount holiday, luxury brands also got in on the action after Tmall held a special live-streamed fashion show to promote its Singles’ Day luxury sales.

Beauty brands were especially active, as Clarins sold face masks at discounts of 59 percent and Lancôme had the largest total number of beauty product promotions, according to analysis by Clavis Insight. Other premium and luxury brands with promotions for the event included Sephora, Burberry, Apple, and Maserati.

The ascent of mobile sales was a key theme of the event again this year as $14.6 billion of the orders were made on mobile devices, taking up about 82 percent of all orders and marking 657 million different deliveries. This was a significant jump from last year’s mobile sales of $9.8 billion, which was spent on 467 million orders.

A KPMG study released on Singles’ Day also found that mobile sales are becoming increasingly dominant in China’s e-commerce market, as the firm’s third annual “Connected Consumers” found that 90.4 percent of 2,560 Chinese survey respondents had made a purchase over a smartphone in the past year. This rate was far higher than rates for the United States and the UK, which came in at 74 percent and 74.6 percent, respectively.

Cross-border e-commerce was another key source of sales, as 37 percent of buyers bought from 235 different countries and brands. The top five countries for international orders were Japan, the United States, South Korea, Australia, and Germany. 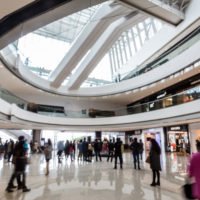 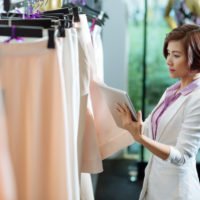 The right way to do omni-channel