After two years of negative growth, China’s luxury market is finally expected to return to an upswing as brands and the government work to keep more spending in the country, according to a new report by Bain & Company.

In the consulting firm’s “Spring Luxury Update” released this week, the firm says China’s luxury market is up 2 percent at current exchange rates and 4 percent at constant exchange rates. This reverses a declining trend for the market that began in 2014, when Bain reported a negative 1 percent growth rate for the year, down from an already low 2.5 percent in 2013. This was followed by an even lower negative 2 percent in 2015 as Chinese luxury shoppers continued to do more of their spending abroad in the face of significantly higher mainland prices.

The firm predicts that the mainland market will continue to see positive growth for the rest of 2016, while Hong Kong and Macau’s luxury market growth rates will remain “highly negative” this year as the mainland tourism slump continues.

This prediction comes at a time when both the Chinese government and brands have been working to keep luxury sales within the mainland over the past year. The government, motivated by lost tax revenue as Chinese consumers bought foreign goods en masse, has introduced a host of new policies including changes to tariff policies, increased customs inspections, and the development of duty-free shopping.

Meanwhile, luxury brands have been focused on cutting down on China’s daigou market, which Bain has estimated took up 48 billion of 293 billion RMB spent by Chinese luxury shoppers overseas last year. While it’s a major source of sales for luxury brands, the online daigou market is also an opportunity for scams in which sellers post counterfeit items claiming to have been purchased abroad. As a result, brands including Chanel, Cartier, Tag Heuer, and Patek Phillippe have adjusted their prices to narrow the gap between the cost of goods on the mainland and abroad.

The flow of Chinese tourists still has a major impact on luxury sales globally, however. Bain reports that as Chinese tourists continue to flock to Japan, its sales are up 5 percent at current exchange rates, while Asia excluding mainland China is down to -1 percent thanks in large part to the Hong Kong decline. 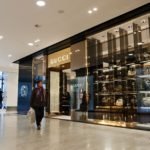 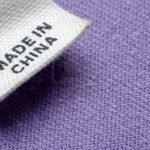 'Made in China' gains ground