Located at the resort’s entrance and next to Disney’s retail space, the two-story store covers 800 square meters of space. Its inventory stock holds more than 600 products, twice as much as the average number of items in the company’s regular stores.

Up to 250 products will be sold exclusively at the store in China, which is seen by the company as an important window to “expose Lego to millions of Chinese families”, according to Jacob Kragh, general manger of Lego China.

“Disney and Lego have shared a long-lasting partnership expanding more than one decade,” said Kragh.

Three of Lego’s fewer flagship stores are situated within Disney resorts around the world.

But Kragh noted that the new store, which features 3D bricked stacked models of Chinese character Huamulan and the skyline of Shanghai Pudong’s highrises, will be just a beginning of Lego’s more flagship stores in China.

It is expected that Shanghai Disney, planned to be officially opened in June 16, would receive upwards of 15 million visitors for its first year and 25 to 30 million every year when everything is stabilized. 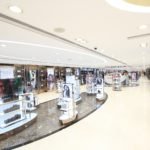 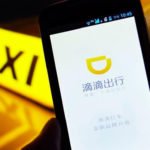