China will change the tax rules on online retail goods from 8 April to level the playing field for e-commerce platforms and traditional retailers and importers.

Retail goods purchased online will no longer be classified as “parcels,” which enjoy a “parcel tax” rate, lower than that on other imported goods. Instead, online purchases from overseas will be charged in the same way as any other imported goods, the Ministry of Finance (MOF) announced on Thursday.

China levies parcel tax on imported goods worth less than CNY1,000 (USD150), and the rates is mostly 10 percent. Taxes under CNY50 are waived. As demand for overseas goods grows, online purchasing agents have taken advantage of parcel tax and used new methods such as repackaging and mailing products separately to avoid tax.

The new policy only allows a maximum of CNY2,000 per single cross-border transaction and a maximum of CNY20,000 per person per year. Goods that exceed these limits will be levied the full tax for general trade, the MOF said. 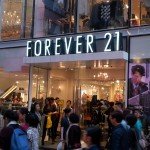 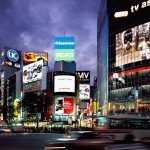