Overseas acquisitions by Chinese buyers are cooling after two record years as Beijing reins in capital outflows, but deals into China are on the rise, and new rules will make it easier for foreign buyers to tap China’s giant consumer potential.

Inbound M&A deals have already reached $7.1 billion so far in 2017, almost double the amount in the same period last year and are well on track to beat the 2016 total of $46 billion, while outbound deals tumbled more than 40 percent to $8.4 billion, Thomson Reuters data showed.

The leadership in Beijing has long been trying to rebalance the economy away from infrastructure, heavy industry and export-led growth and towards domestic consumption, so in theory such investment should be welcome, but in practice foreign capital has fallen foul of barriers to entry.

That appears to be changing. After a trial in a few of its free-trade zones, China in October expanded to the entire country a new liberalisation program.

Apart from a “negative list” of industries deemed too sensitive, foreign investments no longer need to go through a cumbersome approval system, and there has even been some loosening in the off-limits list.

Last August it invested 200 million yuan ($29.2 million) for a stake in outdoor sports retailer Tutwo (Xiamen) Outdoor Co Ltd, betting on a jump in demand for hiking, skiing and camping gear in China.

“Clearly there’s going to be more of a focus on domestic growth and consumption is one of the themes,” said Lionel de Saint-Exupery, president and CEO of CDIB. “Consumption is still relatively robust, but we’re not just seeking average growth, we’re seeking hyper growth and that you can see in new categories.”

The biggest fly in the ointment, according to David Cogman, a principal focusing on China at consulting firm McKinsey & Co, is the lofty valuations for Chinese assets.

Consumption and services companies listed in Shenzhen and Shanghai trade at about 30 times their earnings, compared with a multiple of 17 for similar companies trading in Hong Kong and about 20 for U.S.-listed companies, Thomson Reuters data shows.

“At the end of the day, particularly if you’re a fund looking across multiple markets, your investment committees still have to think where to put the capital and that’s hard to do with the current numbers you see in China,” he said. 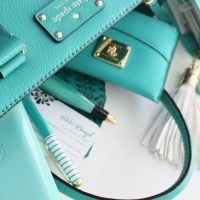 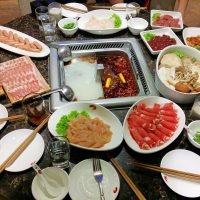 Haidilao is coming to Hong Kong