Four state-backed enterprises with existing duty free retail operations have qualified to bid for the 16 arrival shop licenses that are due to be awarded during the next six months.

SEE ALSO: REPORT: Global duty free market will expand to US$64 billion by 2020

“There is departure, arrival and downtown duty free shopping in China, now arrival shopping will be open to limited competition,” commented a source at one of the operating companies selected to bid for the licenses.

Probably Shenzhen Duty Free and Zhuhai Duty Free are not interested in operating nationally, so the airport competition will be between CDFG and CNSC as they are the only two national operating companies.

The 10 airports approved to open duty free arrival shops include some of China’s top ten airports.

Constructing the arrival shops is expected to take about six months after each license is awarded. Consequently most of the new arrival shops are likely to begin trading around September and October 2017. 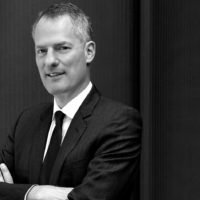