Australian wines are set to get a big boost in China from e-commerce giant Alibaba Group’s latest venture, who are launching an online “flagship store” featuring Australian wine on Alibaba’s business-to-consumer platform Tmall.com.

The first brands to be featured include Brokenwood, Coriole, John Duval, Pikes and Voyager Estate, and are not selected by Wine Australia. Chief executive of Wine Australia, Andreas Clark, said Alibaba was a significant player in Chinese e-commerce — a massive company with great reach.

Alibaba’s managing director for Australia and New Zealand, Maggie Zhou, said Australian wines are considered world-class, and come at varied price points, so the opportunity to sell to China’s growing middle class is significant. Mainland China is now Australia’s second most valuable export market after the US. 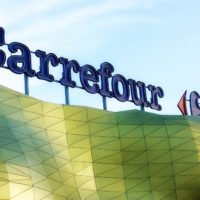