China’s transformation from a manufacturing-driven and export-led economy to an economy underpinned by services and domestic consumption is firmly under way.

The 2016-17 edition of the Blue Book of China’s Commercial Sector by Fung Business Intelligence and the Chinese Academy of Social Sciences maps the change. China’s retail markets reached 30 trillion yuan ($5.9 trillion) in 2015.

Though the consumption growth rate has slowed to 10.7 per cent, the Blue Book projects that China’s domestic market may reach 50 trillion yuan by 2020.

SEE ALSO: Why is e-commerce so popular in China?

A key driver of this transformation has been Internet technology. Building on heavy investments in public infrastructure, such as ports, airports, roads, rail and telecommunications, the internet is now expanding rapidly the range of choices available to Chinese consumers, while lowering costs and accelerating delivery.

China has now overtaken the United States to build the world’s largest online retail market. With a growth rate of some 33 per cent, it is also the fastest-growing such market. the number of connected Chinese has risen from 253 million in 2008 to 688 million last year.

Growth in mobile sales has been driven by lower-income consumers, particularly in rural areas, where more than 81 per cent of internet use occurs via mobile devices. In online retailing via mobile devices, Alibaba held an 84.2 per cent share of the market last year.

China’s e-commerce revolution enables the country’s consumers to decide where to put their money. They can choose not only what kinds of goods and services they deem worthwhile, but also where to live and receive an education. As a result, they have become a key driver behind the transformation of the housing market, supply chains, finance, and even monetary policy.

The task for China’s leaders is to respond more effectively to their citizens’ needs and desires, including by accelerating progress on economic reform.

Whatever challenges emerge, the fact is that a prosperous China, underpinned by local consumers, will contribute to – and shape – a prosperous global economy. We can thank e-commerce for that. 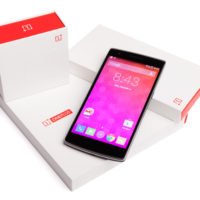