The roomy boutique in Terminal 1 is being officially inaugurated. The space is described as “a sensorial and olfactory discovery” inspired by Glenmorangie’s Scottish Highlands distillery.

The store design has cleverly combined various copper tones reminiscent of the distillery’s famous tall copper stills with Signet’s flavours of espresso and mocha to evoke the ambience of a coffee roastery.

In-store, visitors are initially enticed to explore the offer thanks to the scent of the high-roast ‘chocolate’ malt barley used to make Signet. They are then encouraged to compare it to Glenmorangie’s signature malted barley and Jamaican Blue Mountain coffee beans.

Passengers also have the option of exploring different casks types used to create Glenmorangie Signet’s assemblage in order to see exactly how each one influences the whisky’s taste.

The final element of the experience is a tasting opportunity to sample Glenmorangie Signet alongside espresso – which is said to heighten the notes of orange peel and spice; and dark chocolate – which enhances the spirit’s rich mocha aromas.

Shinsegae Duty Free Vice President Hong Seok-Ho commented: “By launching the world’s first shop-in-shop for Glenmorangie Signet, we will bring travellers a one-of-a-kind experience that only Shinsegae Duty Free can make possible. Instead of simply buying the whisky, they will be discovering its colourful notes and flavours while indirectly experiencing and understanding the whisky creation process at an outlet that epitomises what the distillery is all about.”

Glenmorangie – owned by LVMH Moët Hennessy-Louis Vuitton – has been producing Signet for over a decade. It has a strong following from single malt lovers and whisky newcomers alike. As such the Signet travel retail concept is not necessarily a one-off.

Thomas Moradpour: “At Moët Hennessy, crafting experience is at the very core of what we do.”

Moët Hennessy President Global Travel Retail Laurent Boidevezi said: “This is a world first and Incheon Airport is a fabulous location for us to do this. In the future we hope to partner with other retailers and airports to ensure more travellers around the world are able to enjoy Glenmorangie Signet.”

Speaking exclusively to The Moodie Davitt Report, The Glenmorangie Company President and CEO Thomas Moradpour added: “At Moët Hennessy, crafting experience is at the very core of what we do; it’s inevitable therefore that we will increasingly seek to bring experiential elements into our retail spaces.

“The Incheon shop-in-shop will be open to travellers for the foreseeable future. While there are no specific plans to replicate this particular store design at present, we are always looking for inspiring ways for drinkers to explore our whiskies, and it is likely that this will provide a model for other experiences in the future.”

The Signet line has grown fast in travel retail since its launch in 2008, with volumes doubling over the past two years. Travel retail is in fact the biggest channel for Signet while, in 2018, Asia Pacific was the number one region for Glenmorangie in global duty free. 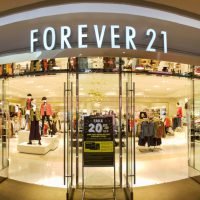 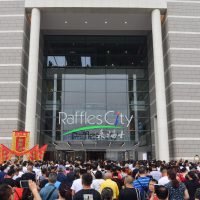