Following fast-food chain KFC’s announcement of price hikes on 10th Jan., other popular fast-food chains, such as McDonald’s and Burger King, have also decided to raise their product prices in Taiwan.

KFC Taiwan said on 9th Jan. that the price adjustment was a reflection on the rising costs of operation as some of its items see an average 3.4 percent price raise. McDonald’s said that the company’s decision to hike prices was largely due to inflation, but the company will also lower the prices for some of its popular items, reported CNA.

Starting on 15th Jan. 15, an additional NT$5 (US$0.03) increase is expected to be charged on McDonald’s French fries and salad combos, while all locations in Taiwan will no longer offer fresh pots of Americano. However, the customers will pay NT$5 (US$0.03) less for the beloved Filet-O-Fish and McChicken burgers, reported UDN.

SEE ALSO : Taiwan’s Gogoro and Appier are recognised as unicorns

Wang Shu-hui of the Taiwan Consumer Protection Committee (CPC) told the media that Burger King plans to modify its item prices after 17th Jan., a result of the increased demand for beef due to fears of African swine fever. On the other hand, MOS Burger had informed the agency that it had no plans to introduce price changes in the near future, she added. 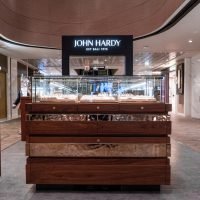