China’s Dalian Wanda is looking to list part of its real estate business in Singapore, which could value the collection of properties at more than $1 billion, sources told the Wall Street Journal.

The reported unspecified real-estate investment trust (REIT) listing is the latest in Dalian Wanda’s offloading of assets as the Chinese government ramps up regulatory  scrutiny and deleveraging across the nation.

Dalian Wanda’s Singapore listing could help the company partly realise value from its real-estate holdings, while maintaining control over them, said the WSJ in its report.

Owned by Chinese businessman, Wang Jianlin – whose net worth sits at $22 biliion — Dalian Wanda is a developer of commercial properties such as hotels, offices and apartments and also operates in the tourism, cultural and department store sectors.

Since its launch in 1988, Dalian Wanda has aggressively acquired businesses in China and abroad. However, in the last two years, the reverse has occurred, seeing the
conglomerate offload assets.

Since 2017, its total in asset sales has surpassed $9 billion, made up from the sale of hotel and theme park properties mostly.

Earlier in the year, the company sold all of its 37 remaining department stores to electronics retailer Suning for an undisclosed sum.

Looking ahead, the company plans to invest in China and focus on building leisure and commercial facilities. In May, Dalian Wanda Group announced plans to spend 11.6 billion in the northeastern city of Shenyang.

The capital will be used to build a cultural tourism project, a hospital, an international school and five Wanda Plaza commercial complexes.

Singapore is home to 44 real estate and property trusts with a combined market capitalisation of more than $74 billion. It is the second largest REIT listing destination in
Asia, behind Japan, according to the Singapore Exchange. 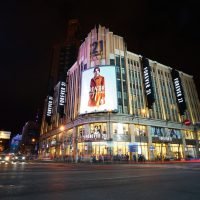 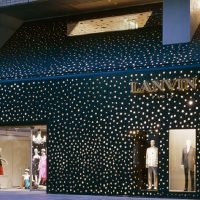