Half a year after shutting all its brick-and-mortar stores, bath and body care retailer Crabtree and Evelyn is stepping up efforts to woo consumers in Singapore with a relaunched website, a refreshed look and new product lines.

The brand also has a new identity. Under its new ethos “Born Curious, Grown Wild,” the products feature minimalist packaging, a world apart from its previous floral aesthetic.

All 12 Crabtree and Evelyn stores in Singapore were closed earlier this year, as part of the retailer’s switch to online-only operations worldwide, leaving just one physical flagship store in Islington, London.

In an e-mail interview with The Straits Times, CEO of Crabtree and Evelyn David Stern said: “The traditional retail model has been changing everywhere in the world and, like all brands, we must evolve in order to grow. That is why in order to appeal to today’s consumer, who spend much of their time shopping online, we wanted to evolve the brand to be digitally-led.”

Singapore was included in the first wave of the worldwide relaunch – alongside Britain, United States, Australia, and Greater China – as “Singapore has long been one of our best markets, and we have many customers here”, said Mr Stern.

Crabtree and Evelyn will also be testing concept stores such as pop-ups in key cities in the following months, he said, without naming the cities.

Crabtree and Evelyn filed for bankruptcy protection in Canada in December amid “significant losses” that it attributed to changing consumer demand.

Its revamped Singapore website will go live on July 21, 2019. The site was previously retailing the brand’s former product ranges until it was made unavailable to shoppers.

To be launched in phases, other beauty products consumers can look forward to include exfoliators, masks, solid perfumes, cleansing balm, lip scrubs, and facial mists. The genderless Crabtree collection also includes lifestyle items such as candles, diffusers, and scented accessories, but these will launch only later in the year.

The full range of products, which is standardised globally, will be shipped out from a central warehouse in Singapore.

One thing fans of the brand might miss is the limited-edition line of shortbread cookies. The rebranded Crabtree and Evelyn will no longer retail food as part of its offerings – aside from tea, which will be in a new upcoming collection to be unveiled next year.

Over the coming months, the Singapore website will be gradually customised based on what Singaporean customers like, said Mr Stern, adding that there are some special local packs planned for the holiday season this year. 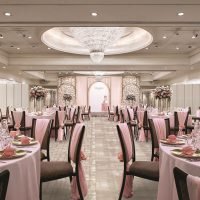 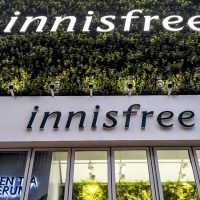