American footwear brand Cole Haan has expanded its Grandshøp concept store to Tokyo, with opening of its third Grandshøp in the Japanese capital.

Opening in Tokyo’s trendy Harajuku district, along the iconic Cat Street, the two story, 165 square-metre, digitally focused store is the New York brand’s flagship for its Grandshøp concept store in Japan, which is “centered around human connection and enabled by technology,” Cole Haan said in a press release.

The new Grandshøp will retail footwear and performance lifestyle products that integrate timeless design and innovative technology, explained the U.S. footwear brand in a press release.

“The Cole Haan brand has been growing internationally for the past several years, and is now sold in more than 60 countries,” said David Maddocks, Brand President, Cole Haan.

“Yet Japan holds a special place for the Cole Haan brand as we’ve been there for more than a quarter century. It only made sense to bring our most innovative retail concept to one of the most iconic shopping destinations in the world—Harajuku district’s Cat Street in the heart of Tokyo. The Grandshøp showcases our revolutionary collection of
innovative performance lifestyle products,” continued David.

On the outside, the store carries sleek exterior walls, punctuated by a quote outside the front door that reads: “Find your future here.”

Inside, key design features include a second-floor window with a transparent LED screen and two screens highlighting Cole Haan innovations. QR codes has been set up throughout the store, creating an interactive shopping experience that offers product and purchasing information for the brand’s collections: Zerøgrand, 4.Zerøgrand, and Zerøgrand Performance Running. 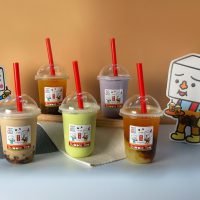 Gong Cha Singapore partners with AC.Kafé to celebrate the 25th anniversary of TO-FU OYAKO
Next Article 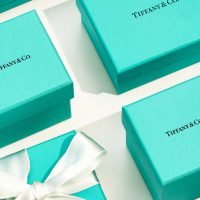