The Hong Kong Retail Management Association (HKRMA) has appealed once again to landlords for rent-relief measures to save retailers. The association is warning that more than 60,000 shops are facing closure while over 260,000 workers may lose their jobs.

SEE ALSO : Is it the last nail in the Hong Kong retail coffin?

In an open letter to all landlords on Tuesday, HKRMA’s Chairwoman Annie Tse Yau On-yee urged them to offer a rental lifeline to retailers, saying it was “a life-and-death moment” for the embattled industry.

The letter written in Chinese was shared to  local media and the appeal reported by SCMP as follows: “Since June last year, the retail sector has been hit hard by the social unrest and the COVID-19 pandemic,” Tse warned. “Today, the whole sector is on its last legs and at the end of its tether. It could collapse any time.”

With this words, she called for immediate help to shops, urging landlords to stop initiating legal action against retailers who could not afford their rent and offer a grace period of nine months for repayment. A similar measure has been successfully implemented in other retail destinations and it could help preserve HK retail landscape.

She also suggested landlords cancel the basic rent and instead charge a fee based on the shops’ monthly revenues for up to a year so retailers could survive the storm and HK could remain a retail hub for international brands.

The desperate plea came as the government announced on Monday the toughest social-distancing measures yet to fight the escalating coronavirus crisis.

This appeal is adding up to many more raised by the association and retailers across different channels since February.

Under steps effective for a week beginning on Wednesday, public gatherings will be reduced from four to two people, except for members of the same family, and restaurants restricted to only serving takeaway. Following this, some F&B operators have decided to shut down operations for one week, as takeaway only is not wot worth opening, some others are considering doing that.

Tse said most retailers signed their three-year leases before the unrest broke out last year. They had seen their income drop by as much as 80 per cent, but were still paying rent based on market rates when the economy was in stronger shape. In many cases, retailers were stuck paying double the current going rate for their space.

Consumer spending in May stood at HK$26.8 billion (US$3.5 billion), according to provisional government figures, falling 32.8 percent year on year, marking the 16th straight month of decline.

Over the first five months of this year, the provisional value of sales plummeted 34.8 percent from the same stretch in 2019, to HK$134.36 billion. Many landlords had given some short-term rent relief but starting in April gradually reduced their support, according to Tse. Another issue is the frustration of fighting for concessions every month with no long-term visibility.

“These days most of the retailers are not given a rental cut,” she said. “Their income can only afford them to pay part of the rent, with some failing to pay any rent.” Some landlords had turned a blind eye to the retailers’ plight by threating legal action to obtain payment. “This will strangle their survival,” Tse said.

The government has introduced a HK$81 billion wage subsidy scheme to help employers cover staff salaries, capped at HK$9,000 for each worker per month, but the assistance only lasts for six months. Tse said that by the end of the year, there would be large-scale closures and lay-offs.

Chief Executive Carrie Lam Cheng Yuet-ngor earlier appealed to landlords to offer rent relief for retailers to help them through the economic crunch.

SCMP said that Sun Hung Kai Properties declined to comment on their rental plans, while New World Development, Sino Land and Wharf Real Estate Investment, which runs Times Square in Causeway Bay and Harbour City in Tsim Sha Tsui, did not respond to inquiries. Neither did the MTR Corporation.

It said tenants’ sales and footfall were down 38.6 percent and 45 percent respectively for the same period due to weak retail sentiment and the pandemic. The company said it had launched promotions and marketing events to boost traffic at the mall in the first quarter.

Mapletree North Asia together with Swire Properties and Hysan are currently considered the landlords with long-term vision and spirit of partnership with tenants in town. 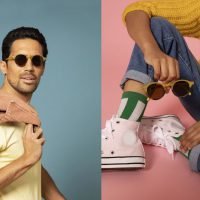 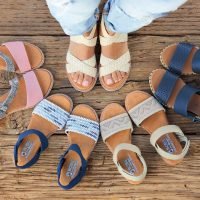