Mainland Chinese mall landlords have moved fast to relieve the pressure on their tenants across different sectors. As a solution to the the crisis brought on by the Wuhan coronavirus outbreak, They have reacted by cutting rents and offering zero-rent periods.

They have also donated money to non-profit groups and hospitals in Hubei province, the epicentre of the new epidemic.

Beijing-based Dalian Wanda Group has exempted all tenants at its Wanda Plazas from paying rent and property management fees for a month, from January 24 to February 25.

SCMP reported that State-owned developer Poly Commercial Real Estate said it would reduce rents for tenants at its 22 shopping malls from the first to the sixth day of the lunar new year.

Shenzhen-based Galaxy Commercial, which operates the Coco City and Coco Park malls in the city, said it would halve rents at its 15 shopping centres for the first fifteen days of the lunar new year. Redsun Properties, which focuses on developing property projects in eastern China, and Shengzhen-based Excellence Group with total assets worth 190 billion yuan, also said they would halve rents for the first seven days of the lunar new year for certain shopping centres.

SEE ALSO : DFS closes 2 stores in Hong Kong till the end of February 2020 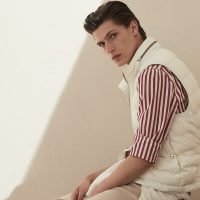